Radical Empathy Education Foundation teaches you how to spot a victim of human trafficking.

Human trafficking is an often-overlooked crime that has a devastating impact on millions of people all across the globe.

According to a report from the International Labour Organization, it was estimated that in 2017, 40.3 million individuals were victims of modern slavery with 1 in 4 victims being children forced into sexual exploitation, and almost 99% of female victims forced into the commercial sex industry.

To combat this ongoing epidemic, an Austin, TX-based organization called the Radical Empathy Education Foundation (REEF) is using a VR called TRAPPED: A VR Detective Story to educate people on how to recognize the warning signs of a person who might be a victim of human trafficking or being groomed as a potential target.

The program is part of REEF’s One Generation Education System, and it puts you into the shoes of a Lisa, a 14-year old girl who is lured into trafficking by a boy she meets online. As the story unfolds, you discover things about Lisa’s past that clue you into how someone like her could fall under the control of her abuser, learning how to spot the grooming techniques used by abusers to trap victims of human trafficking in the process.

There is a misconception that human trafficking only happens in ‘bad parts’ of the world. The truth is, human trafficking happens in nearly every city in every country, every day of every year. There is no single ‘type’ of trafficked person; victims can range from your sister, brother, friend, classmate, even you.

For Billy Joe Cain, President of REEF, that truth hit way too close to home. In an interview with VRScout, Cain explains his commitment towards the REEF program. “We started Radical Empathy Education Foundation after I learned that an old friend was grooming my kids over the phone as targets, slowly and methodically. He was a sex predator,” adding “I decided to do something about it. We are very lucky that our kids told us about this early on. Most people never find out until it’s too late.”

As you could imagine, it was a wakeup call for Cain (who has been part of the video gaming industry for years, with a resume that includes working with EA and his accomplishment work as lead designer on the multi-million dollar franchise title: Wing Commander: Prophecy), and his wife.

The two of them looked for educational materials on human trafficking and sex trafficking, but there really wasn’t anything out there that explained it in a way that would help others understand the psychological manipulation and time-tested tricks that are used on children and adults.

“As a parent with a background in interactive products, I was compelled to create a tool that would teach people how to avoid this happening to anyone else,” Cain continues, “I believed I could make something that would create an emotional connection by using interactive experiences in VR.”

REEF’s One Generation Education System teaches you to recognize signs and know what to do through 3 phases, each with a specific goal.

TRAPPED: A VR Detective Story uses VR to create a personal and intimate relationship between storyteller and listener – it removes all distractions and allows you to let your guard down in order to better understand what it feels like to be manipulated in a manner far more effective than pen, paper, or PowerPoint.

As groundbreaking as REEF’s work is, they still find themselves in an uphill battle. “The world needs a grassroots effort to end human trafficking. Think about Mothers Against Drunk Driving. That’s the level of impact I want to have.”

The organization is currently in talks with two of the largest medical schools in Texas to expand their educational VR experience so medical students can recognize potential victims in the exam room; both inside and outside the classroom. “People need this training at work. Hotel workers, police, first responders,” said Cain.

As for those who have gone through REEF’s VR experience, Cain said some people have called it “life-changing,” “amazing,” “heartbreaking,” and “eye-opening.” One story that resonates with him was a mom had tears running down her face who told him that her daughter’s boyfriend was already alienating her from her family and that she was going to “fight like hell” to become a better mother and spend more time with her daughter.

TRAPPED: A VR Detective Storyis available through REEF’s website, or via a demo that can be requested through the organization. Cain has been traveling all over the US demonstrating his VR experience in person and has stated that he is committed to finding a way to expand to other organizations or schools. 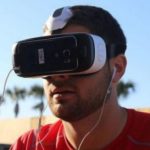 The Use Of VR And AR In Baseball Training 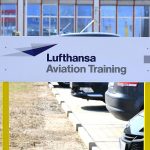