Meditating In VR Is Surprisingly Effective

I’m on an Icelandic cove, watching the sunset and the small waves lap at the rocky shore while a soothing Sigur Ros instrumental track plays around me. A voice  instructs me to take a deep breath, fill my lungs, and then release, letting go of any tension. I look behind me and there’s a grassy hillside, on which I am alone. I look down and I have no feet.

Welcome to meditation in virtual reality.

Each one is set in a different Icelandic scene, deep in nature, and thoroughly isolated. (You never see anyone else at your meditation spot.) The sun is usually shining; you don’t experience any of Iceland’s harsher weather. But it also felt more muted and realistic than, say, a fake Caribbean beach scene.

The app was first released in 2017 by Tristan Elizabeth Gribbin. She’s a Bay Area native who moved to Reykjavik in 1995 — hence what she calls the „Icelandic flavor“ throughout the app.

Gribbin told me, via Skype from her home in Iceland that she’s been „hardcore into meditation since 2000.“ With the zeal of the convert, she started dragging everyone she knew to try out the practice. „Getting people to meditate can be hard,“ she says. Therefore, the more novel the experience — and the more you can do it at home — the better.

When mobile virtual reality headsets arrived on the scene, Gribbin seized the opportunity. She began working on the app in 2015, and soon found that the same friends who wouldn’t go to meditation classes were more willing to try the practice in VR.

Gribbin said 60 percent of the app buyers are from the US, where mindfulness and meditation has caught on with a vengeance. It certainly caught my attention — and as a casual meditator with no regular practice, I’m probably the target audience.

Instead of an app simply telling you to close your eyes and breathe, you can go somewhere exotic and mesmerizing for a one-on-one relaxation vacation without really going anywhere. „You feel immersed in nature and are transported to another place and you can just be,“ Gribbin said.

The app is pretty rudimentary, VR-wise. You can’t climb the mountains or wade into the enticing lake. You just stare at the waterfall or grassland or mossy lava bed. Occasionally a bird flies by. Of course, being still is kind of the idea. Each time I logged in and settled in for a quick, calming, restorative, or focusing session I found myself able to clear my head.

It was easier to meditate — not to mention uncurl my toes and loosen my spine — while looking at a sunny mountain ridge than it was when I just closed my eyes.

There is one technological pitfall common to VR apps that’s especially annoying here. During my „restore“ session, a notice abruptly popped up on the screen: „Headset power low!“ Talk about distracting. Suddenly I couldn’t help but see that this flowing waterfall was a substitute for the real thing. A low battery notice can make you mindful … of the fact that you’re just wearing a VR headset in your bedroom.

Over time, Flow VR’s breathing mantras would get tiresome, or at least predictable. It’s like a workout video that makes the same corny stretching joke every time you play it.

The music and scenery have more staying power; Gribbin calls them „wild and pure.“ They are detailed enough to give you something different to focus on within the 360-degree experience if you were to do this everyday. Still, the app needs updates, more levels and experiences.

At one point, as the sun winked behind a moss-covered tree inside my headset, I became so relaxed that I started nodding off. „You may find yourself getting sleepy,“ the app said, encouraging me to close my eyes even with the headset on. It wasn’t a problem. I felt utterly in sync, at one with everything, like I’d won meditation VR.

If only it were a game.

IMAGE: FLOWVR / VICKY LETA / MASHABLE – Yes, you can be mindful while wearing this headset. 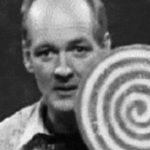 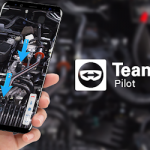