Scope AR, the enterprise-focused AR studio, today announced it has successfully closed a $9.7 million Series A funding round to further develop it cross-platform AR work training and on-site instruction tools.

To date, the company had raised $15.8 million, something Scope AR says will help them “further scale and expand enterprise AR adoption in a time when the industrial workforce is shifting and machinery and equipment are becoming increasingly complex.”

Founded in 2011 and is based in San Francisco with offices in Edmonton, Scope AR has previously worked with companies dealing in aerospace, consumer packaged goods, and manufacturing, including the likes of Lockheed Martin, Unilever, and Prince Castle.

Scope AR produces two main products in particular, WorkLink and Remote AR. WorkLink focuses on letting companies create their own ‘smart instructions’ via an app authoring tool, and boasts cross-platform publishing to iOS, Android and HoloLens. Remote AR is geared towards enabling remote workers to collaborate with experts who can view the work-related issue through a worker’s AR headset or smart device, including iOS, Android, Microsoft Surface, HoloLens, and RealWear HMT-1. 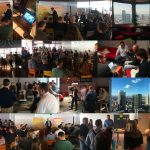 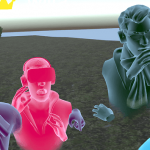