Take a closer look at one of histories most treasured cathedrals in this stereoscopic 360-degree experience.

Every day, over 30,000 visitors flock to the Notre Dame Cathedral in Paris to tour the exquisite architecture made even more famous by Victor Hugo’s Hunchback of Notre Dame. With its gothic style and storied past—construction began in 1160!—the Cathedral maintains an air of mystery and awe.

With the release of VR cinematic experience, The Man Behind Notre Dame, TARGO hopes to explore the unique fascination with the revered Cathedral’s history and secrets that has made it a global phenomenon. “In our modern societies, we constantly question our cultural heritage but the Notre Dame Cathedral creates a sort of magnetic consensus, even among nonbelievers. Notre Dame speaks to everyone. It goes way beyond religion, and we wanted to know why,” said director Chloé Rochereuil.

And open the doors he does; with the Rector-Archpriest himself as tour-guide, the audience gains unprecedented access to the Cathedral’s towers, sacristy, office, and rooftops that are closed off to the general public.

Producer Victor Agulhon credits VR for the documentary’s success in bringing the mystery of Notre Dame to life: “When you are in a virtual reality headset and stand one meter away from the bells, when you are behind the gargoyles, it’s a child’s dream. It’s all this untouchable human heritage that becomes tangible.”

The Man Behind Notre Dame is streaming now on Samsung VR, Inception VR, Littlstar, CineVR, Veer VR, Oculus Video, and MYTF1VR and can also be seen in 360° video on YouTube and Facebook. 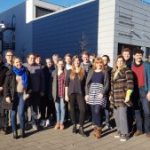 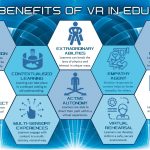 10 Key Benefits of VR in Education