The rapid development of technology, including virtual reality equipment, is resulting in exciting times and opportunities for firefighting training.

The Fire and Emergency NZ National Training Centre based in Rotorua has a simulation centre with three suites, and has received a Simulation Centre of Excellence award.

Simulation trainer and developer Logan Charters Leahy said the simulation suites had been operational at the training centre for about a year now.

„There’s only a couple [training centres] like this in Australasia that has simulators. It’s been a busy year getting it fully up and running.

„We use it predominately for assessments and it pretty much allows us to do anything.“

Leahy said they were effectively the only fire and emergency training centre in Australasia which used the simulation centre as an assessment tool, so that made it pretty important for them.

„For little New Zealand, we are doing some world-leading things.“

He said it was frequently used in assessments and development programmes, including senior station officer assessments.

Through the simulation equipment they were able to build scenarios which would be faced out on the job, he said.

He said it took about 80 hours to build each scenario, and there was a wide range of scenarios that could be simulated, including earthquakes and mass casualty incidents.

The centre also included a full scale, exact replica of a command unit.

He said firefighters from all over the country came to Rotorua’s National Training Centre to make use of the simulation suites.

Leahy said laptops could also be used to deliver the simulation scenarios to stations around the country.

He said a great thing about the simulation scenarios was the endings could always be different and the scenarios could be changed so they never got stale.

It was also a lot cheaper to run compared to the real-life training simulation used outside the building, where the likes of real buildings, fire trucks and water were used to create emergency scenarios.

The current simulation suites use controllers and, looking into the future, Rotorua’s national training centre is keen to move into using virtual reality goggles with the XVR programme they are currently using.

Leahy said they had trialled this and it was fantastic, as the goggles provided a fully immersive environment which was even more beneficial when training for firefighting work.

„Virtual reality is a rapidly developing technology and it’s definitely on our radar for the near future.“

Manager of specialist courses Roy Veal said the scenarios and simulations they used for training were intense.

„They get the adrenalin pumping and it makes them sweat.

„You can tell they are under pressure. We have role players that come in and act as the likes of council engineers and medical teams. 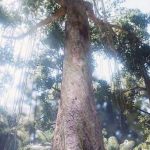 New VR Experience Turns You Into A Tree 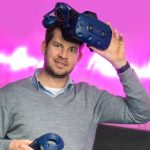