The immersive nature of virtual reality (VR) is changing the way we look at technology and new research shows it can also change the way people think and behave.

By placing a small screen in front of the users eyes the technology blocks out the outside world and research by the University of British Columbia (UBC) has found a gap between how people respond psychologically when using VR and how they respond in real life.

“This study shows that there’s a big separation between being in the real world and being in a VR world,” said Alan Kingstone, professor in UBC’s department of psychology and the study’s senior author.

According to Medical Xpress, the study used virtual reality to examine factors that influence yawning, focusing specifically on contagious yawning. Contagious yawning is when people yawn reflexively when they detect a yawn nearby, which has been well-researched over the years. Researchers have concluded that “social presence” deters contagious yawning – when people feel they are being watched, they resist the urge, or don’t yawn at all.

The research team from UBC tried to bring about contagious yawning in a VR environment. Participants wore immersive headsets and researchers exposed them to videos of people yawning. The rate of contagious yawning was 38 percent, in line with the typical real-life rate of 30-60 per cent.

The presence of an actual human being was seen to have a more significant effect on yawning than anything in the VR environment. Participants could not hear or see the human presence, however simply knowing a researcher was present was enough to suppress their yawning. In actual reality, social cues appeared to dominate and supersede those in virtual reality, as reported by Medical Xpress.

VR is becoming a more commonly used research tool in psychology and other fields. However, the findings of this report reveal the need for researchers to account for its limitations.

“If the gap between VR and real life could be closed, scientists would be able to examine the link between the brain, behavior and the human experience in both actual reality and altered realities that span place and time,” Kingstone said. (geo/wng) 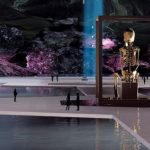