Delays are a train driver’s worst nightmare, and while it’s true upcoming VR train simulator Derail Valley has seen a modest setback after its planned January 18th launch, the game is now full steam ahead as it makes its Early Access debut on the Oculus Store and Steam this week.

Created by indie studio Altfuture, Derail Valley is slated to release on HTC Vive, Oculus Rift, and Windows VR headsets on January 25th. The game will also include rudimentary controls for playing on standard monitors, including support for keyboard and mouse.

The delay, the studio say in a Steam news post, was due to “last minute changes that made it impossible to test essential features (savegame, non-VR controls, railways, tutorial, license unlocking). Some critical problems became apparent literally 30 minutes ago, hence the late news of the postponement.”

The game, which lets you drive trains with your own two hands using VR motion controllers, is set in an open world full of places to deliver your cargo. Derail Valley is also touted for its ability to let you earn money and spend it on at least one extra locomotive to begin with, an old-timey steam train.

“Already in its first version it will offer countless hours of gameplay,” the studio says on the game’s Steam page. “Derail Valley is in a fully playable beta state, offering hundreds of hours of play time. Some optimizations, polish and features remain to be done.”

Altfuture says Derail Valley is the result of two years of development, making the 25th a big day for the five-person team.

The game is said to take place in a 256 km² (~99 sq mi) open world. For the sake of comparison, that’s about the size of the island of Malta (not including Gozo).

According to the studio, your locomotive can take damage, requiring constant maintenance. And yes, apparently you can also derail thanks to what the studio is calling ‘derailment physics’.

A free demo is available on Steam, although Altfuture warns that it’s from mid-2017, so it’s “no longer representative of the full game.”

It should give you a nice taste of what’s to come when the game drops on Friday, although if you’ve heard of this game already chances are you’ve played the demo to your wit’s end waiting for what promises to be a realistic (and immersive) train simulator.

Update (January 22nd, 2019): Altfuture tells us there will be two trains available at launch, a modern locomotive and a steam locomotive that can be unlocked. It was previously stated that there would be a variety of train types to choose from, so we’ve corrected this in the body of the article. 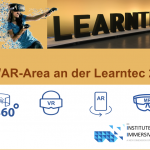 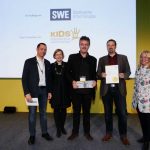