Modeling an extreme situation like a robbery or disaster can be costly and even potentially dangerous, but all of that is subverted by using VR, so that’s exactly what many companies are now doing. Verizon, for example, is putting employees at the business end of a gun in VR and grilling them on what to do in the situation, while JetBlue is giving technicians a very realistic run-through of a routine plane inspection before takeoff. Realistic audio mapping coupled with very real video make for experiences that closely mimic what it would really be like to be in those situations. While the use cases and scenarios may be different, they all have one thing in common; the use of virtual reality technology to closely simulate an on-the-job experience with none of the potential cost, danger factor, or other inconveniences that could otherwise be present.

Background: The use of VR technology as a tool rather than a form of entertainment is by no means anything new, but using it for pseudo-on-the-job training, especially for situations that many employees may never even encounter, is pretty novel. This largely untested method is gaining some traction now, but is not entirely unheard of. Wide adoption is the true test of any technological innovation, and such will be the case here. In the past, VR has found many uses outside of end-user entertainment, including medical treatment and mental health. This method is still in its infancy, but has a long history of innovation to look to for its inspiration and plausibility. There have been numerous advancements in VR in recent years, aimed at things like increasing user control and innovation, enhancing VR image quality, and reducing VR sickness, among other efforts. All of these refinements to VR over the years, along with some creative 3D sound mapping, is what makes extremely realistic and immersive VR possible, and thus makes using VR as a training tool possible

Impact: Using modern VR solutions is pretty close to actually being in a given situation by most metrics, so the probability that this method of training will pay off in time is quite high. Simulations have always been a popular training method for jobs, combat, and more, but they’ve mostly come in the form of video games, creatively-worded quizzes, or expensive and time-consuming reality-based methods until now. Should this method bear fruit and take off, we could begin seeing VR training making headway in a number of different use cases. The United States Army currently uses a number of virtual solutions as part of its training regimen, alongside traditional in-person training, classroom settings, and more. This is a great example of an organization that could greatly benefit from moving much of its non-in-person training over to VR; using the technology would allow an unprecedented degree of freedom and control for soldiers during training exercises, and the extra immersion would make learnings of all sorts that much easier to retain. All of this, of course, depends on VR training being proven effective over time. With more and more entities deciding to run the concept through its paces, we’ll probably have our answer soon enough. 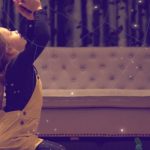 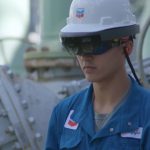