Kids In Arkansas Are Using VR To Learn About Concussions

Kids in Arkansas are set to strap VR headsets on to learn about the damage they can do to their noggin’.

CrashCourse is a new interactive education program that’s designed to educate high school students about the risks and effects of concussion. This month the State of Arkansas announced that it’s teaming up with nonprofit public health group TeachAids to implement the platform in every high school within its jurisdiction. You can check out a video showcasing the program below.

It’s a condition that VR seems uniquely positioned to help tackle, and this program looks like it does so in some smart ways.

The VR component of CrashCourse consists of an interactive film that puts viewers on the field of a football game. At certain points in the film you’re given choices about what to do next and you’ll then see the repercussions of your actions. The video includes Stanford players including Bryce Love, who will educate you about the risks of concussion and how to avoid it.

Following that, there’s another interactive experience named the Symptoms Simulator, which shows users what it’s like to actually have a concussion so that they can spot the signs in the future. You’ll even be able to explore a 3D scan of a human brain to help you understand more about the condition.

CrashCourse has been made free to use but Arkansas is the first to adopt it on such a wide scale. We’ll be very interested to see if the program has an impact in the years to come. Caltech Scientists Use AR To Help The Blind Navigate 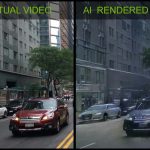