UNAIDS partners with Google & Makhulu Media for a series of VR films about HIV testing.

According to the The Joint United Nations Programme on HIV and AIDS (UNAIDS), roughly one quarter of people living with HIV are completely unaware of their status. That’s a pretty terrifying number when you consider there’s an estimated 37 million people carrying the virus worldwide. South Africa alone currently has 7.2 million people living with HIV — the highest amount in the world.

By selecting the theme of “Live Life Positively—Know Your HIV Status” for this year’s World AIDS Day campaign, UNAIDS hopes to educate young adults on the simple, yet extremely important process of HIV tests using a series of informative 360-degree VR films.

Produced by South African production company Makhulu Media with support from Google, the Desmond Tutu HIV Foundation, and the Children’s Radio Foundation, the live-action series follows a young woman as she travels from her home to a health clinic on a mission to determine her HIV status.

“HIV is preventable and treatable but too few young people know their status,” says UNAIDS Executive Director Michel Sidibé in an official release. “We hope that this highly engaging tool will help to dispel fears and show the simple steps that people can take to find out their HIV status.”

“We wanted to see if immersive virtual reality films could encourage people to take an HIV test and improve relationships between nurses and young people by helping them to step into each other’s shoes,” adds Makhulu Media producer Rowan Pybus.

After conducting a handful of workshops with young individuals in order to discover their primary concerns regarding the testing process, Makhulu Media used what they had learned to shoot a series of immersive reenactments between healthcare workers and patients that tackled the fears surrounding a positive test result and the stigmas that go with it.

“The data coming back from the study we have commissioned are very positive,” says case study researcher and Makhulu Media co-producer Sydelle Willow Smith. “The youth and health-care workers involved in the film believe that having the films played to people in waiting rooms in clinics would be very useful.”

The program is currently being implemented in schools, clinics, and communities all across South Africa. Feel free to check out the 360-degree films provided above. You can learn more about the program right here. 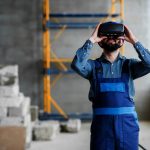 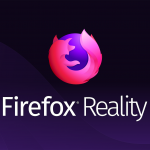