The award-winning social venture turns its attention to youth athletes with a research-based VR experience dedicated to concussion awareness.

“In the next 10 years, the CDC estimates that over 20 million children playing school sports will sustain a concussion. No equipment, including helmets, can prevent concussions, and the overwhelming majority of students, parents, and coaches are unaware of the latest science around the management and treatment of concussions,” says Dr. Piya Sorcar, founder and CEO of TeachAids.

That’s the inspiration behind CrashCourse, an interactive, research-based educational experience designed to encourage conversations regarding the science behind concussions. A joint venture by TeachAids and Stanford University, the project has been in development for the past two years, gathering valuable input from some of the world’s top experts in concussions and brain trauma.

The CrashCourse curriculum, available as both an interactive HD film and an immersive VR simulation, gives users new insights on the effects of brain injuries by placing them on an outdoor field where they’ll experience a concussion first-hand. Using Stanford Medicine technology, users will experience a “fly-through” of the human brain as well as a concussion symptoms simulator before viewing testimonials from various professional athletes who will go into further detail on the various warning signs of concussions.

Teaming up with former pro athletes, such as former CFL Defensive Lineman, Brian Bulcke, and former NFL Player and Heisman Trophy Winner, Jim Plunkett, TeachAids and Stanford hope to break the common misconceptions surrounding the controversial subject by providing better education based on knowledge and understanding, as opposed to fear and willful ignorance.

“It’s not just in football, but across all sports. When these kids and parents come to our clinics they are starving for information,” says Dr. Gerald Grant, a Professor of Neurosurgery at Stanford University School of Medicine, in an official release. “The power of CrashCourse is that it speaks to students in their own language. We hope it makes a huge impact around the world.”

“By utilizing proper concussion protocols and supporting athletes and teammates, the risk of secondary injuries from concussions can be reduced by three to five times,” adds Dr. Daniel Daneshvar,a neuroscientist and CTE researcher at Stanford University School of Medicine. “Parents and players understanding these issues is the first step toward the creation of safer sporting environments.”

So far TeachAids has received $1.5 million in seed funding thanks to the Taube Stanford Concussion Collaborative and will launch their HD interactive film for free via http://crashcourse.teachaids.org beginning September 8th. The accompanying VR version, as well as several other educational modules, will be made available January 2019. 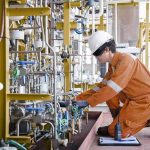