How VR is Transforming the Way We Train Associates – 17,000 Oculus Headsets

If you’ve ever tried on a virtual reality (VR) headset, you’re familiar with its ability to recreate real-life experiences. Even a rollercoaster ride simulation has the potential to make your stomach drop.

VR tech has taken everything from journalism to pro football quarterback training to the next level. And last year, Walmart introduced VR to the world of employee training and development by using the technology to upgrade training at Walmart Academies nationwide. With the huge success of that program, the company is now providing Oculus VR headsets to all stores in the U.S. to bring the same level of training to more than 1 million Walmart associates.

“The great thing about VR is its ability to make learning experiential,” said Andy Trainor, Walmart’s senior director of Walmart U.S. Academies. “When you watch a module through the headset, your brain feels like you actually experienced a situation. We’ve also seen that VR training boosts confidence and retention while improving test scores 10 to 15 percent – even those associates who simply watched others experience the training saw the same retention boosts.”

Starting next month, VR training will begin its launch across the country, sending four headsets to every Walmart supercenter and two units to every Neighborhood Market and discount store. With more than 17,000 Oculus Go headsets in stores by the end of the year, every associate – including those on the floor who interact with customers the most – will have access to the same training that their managers and department managers do at the Academies. “We are entering a new era of learning, and Walmart continues to lead the way,” said Derek Belch, CEO of STRIVR, which worked with Walmart on its initial launch of VR in Academies last year. “The power of VR is real, and when offered as a cornerstone of learning and development, it can truly transform the way an organization trains its people.”

Walmart plans to use VR to train associates in three main areas: new technology, soft skills like empathy and customer service, and compliance.

VR training is particularly helpful for learning new tech. In a pilot test this summer, 10 stores used VR for training on new Pickup Tower units in their stores. VR is allowing associates to be trained before the towers are even installed – no teachers required. This will be key as Walmart continues to roll out new tech to stores.

Adrian Carthen used the VR training to learn about the Pickup Tower when it came to her store in Stockbridge, Ga., this summer. She said it “went beyond hands-on.”

“I’m a gamer, so I was excited to use it,” she said. “It felt like you were actually loading the tower. And I could train any time that I wanted and it was done in just a few minutes.“

We have a lot of people who are cross-trained to use the tower now and they can help customers, which is amazing.
Instilling confidence is exactly what makes VR so effective as a training tool. Because the effect of VR training is like an experience in real life, associates have the freedom to make mistakes and learn by “doing,” all while in a safe environment.

“Walmart was one of the first companies to benefit from VR’s ability to enrich employee education, and its applications will only grow from here,” said Andy Mathis, Oculus’ head of business partnerships. “What makes it so compelling is that costly, difficult, or otherwise-impossible scenarios and simulations become not only possible, but immediately within reach.”

But beyond the investment in innovation and associate training, VR technology helps teach skills that enrich the careers of associates across the U.S.

“Yes, we’re focused on helping people do their jobs better every day. But the training we’ve designed is also hopefully training for life,” McKeel said. “That person walks out of their store with new skills and more confidence than they had before – that’s the passion behind this project.” 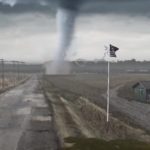 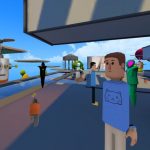 VR and Language Learning: How VR Can Crack the Language Code

‘The Museum of Other Realities’ Free to...