How to create empathy in VR

Producers of virtual reality often herald it as a shortcut to empathy. For example, in February at a fundraising conference in the UK, a Greenpeace manager reported that VR experience which transports viewers into the Amazon rain forest doubled the number of people who signed up for donations. But was this just an outlier event, or does VR truly change hearts and minds?

My virtual reality lab at Stanford has been studying the relationship between empathy and VR for 15 years. So it is no surprise that when leaders from news organisations and nonprofits come to the lab — and we get visits from dozens each year — I am often asked if, scientifically, VR causes empathy.

My answer is that VR creates experiences. Experiences can cause empathy, but it depends on what you’re doing. Think about video or the written word. Neither automatically creates empathy, but each can if a piece is crafted carefully. Across dozens of studies since 2003, our research has shown that if one wants to leverage what makes VR special, physical action helps. If you want to move people, you should move them.

In a study published in 2013, half our participants imagined they were colorblind, while the other half experienced being colorblindas we altered images sent to the VR goggles.

Then, they used a system that could track their hand movements as they performed a difficult sorting task, lifting up objects in VR and putting them in piles based on color. For those in the imagination condition, the task was annoying but doable. For those who became impaired in VR, the task was brutal, almost impossible to carry out. After the study, participants who became impaired spent almost twice as much time helping others, volunteering to help find websites that would be hard to read in the real world, when asked to do so directly after the study. “It made me realise how tough it is for them to do certain things in life,” one participant wrote in a questionnaire.

In May, we will present data outlining empathy for coral. In our study, 167 participants interacted with two versions of a virtual rocky reef – a healthy one and one devastated by climate change.

They examined coral and other marine life, swimming through the scene by waving their physical arms around in a breast-stroke motion. For eight minutes, we recorded their body movements, in particular how much they moved their hands. After the experience was over, we asked if they were willing to spend time in the real world learning about ocean conservation. We found a significant correlation—the more people physically moved around while examining the virtual reef, the more they cared to learn more about ocean conservation outside of VR. Of course, correlation does not imply causation, and it could be that people who were “green” simply were more interested in the content and were also more likely to want to learn more.

Other research demonstrates causality. In a study published in 2016, we swapped peoples’ virtual arms. When they moved their right arms physically, in VR they saw their left arm move, and vice versa. Yes, this is a very strange experience.

The goal was to disrupt a well-established pattern of liking. University of Chicago psychologist Daniel Casasanto has shown that people prefer objects on their “dominant” side. For example, right-handed interviewers are more prefer applicants displayed on the right side of a piece of paper than the left side. In our study, 154 participants either moved around with normal arms or switched arms, confusing the spatial relationship between brain and body. Then they left VR and chose items either on the left or right. In the normal condition, 67 per cent preferred their dominant side. In the swapped condition, the preference was only 56 per cent, and not different from chance. The strange experience of tweaking arm movements in was enough to change what they liked in the real world.

One of the most popular strategies that newspapers and nonprofits are using to create empathy is 360-degree video, for example, the daily experiences produced by the New York Times or the canonical piece by the United Nations, Clouds over Sidra. In this type of VR, people can only turn their heads and look around—they cannot walk or interact with the scene. But even head-turning matters. We published a study in 2017 that explored head movements and emotions. Across dozens of 360 videos, ranging from nature scenes to war recreations, we measured just under 100 participants’ head movements as they looked around the scene, and also measured how happy they were using a standard method of self-reporting emotion. The more the viewers moved their head side to side, the happier they were.

There is no medium that magically produces empathy. As Bill Gates remarked, “content is king.” In VR, content that moves the body will also move the mind.

Jeremy Bailenson is a professor of communication at Stanford University. His new book Experience On Demand: What Virtual Reality Is, How It Works, and What It Can Do (WW Norton & Co) is published on February 27 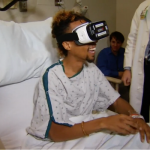 15 health and wellness use cases for virtual reality 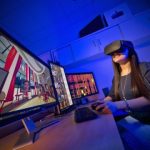