At Apple’s WWDC conference this week, the company announced that the Vive Pro will be fully supported on the newest version of MacOS, ‘Mojave’, soon to launch in public beta and available widely later this year.

Speaking during a session at WWDC 2018 this week, Karol Gasiński, part of Apple’s GPU Software Architecture Team, announced that the Vive Pro is getting “plug and play support” on MacOS 10.14 (Mojave). “We’ve been working very closely with both Valve and HTC to make sure Vive Pro is supported in SteamVR runtime on MacOS,” he said.

Support for the newer headset builds on top of SteamVR/OpenVR/Vive support which Apple and Valve brought to MacOS 10.13 High Sierra. The latest Mac computers can be equipped with GPUs meeting VR Ready specifications, and support for external GPUs in High Sierra and beyond means that older systems can add an eGPU to achieve VR readiness as well.

In Mojave, the Vive Pro will be fully supported, including its pass-through cameras, Gasiński said at WWDC. It hasn’t been confirmed whether or not this will include support for the Vive SRWorks SDK, which was announced back in April and brings additional functionality to the headset’s cameras to help developers build passthrough AR applications. We’ve reached out to HTC about their plans for the SRWorks SDK on MacOS.

A preview of MacOS 10.14 Mojave is available to members of the Apple Developer Program today, with a public beta beginning in late June. Mojave will launch publicly in the Fall as a free update for Macs introduced in mid-2012 or later, as well as 2010 and 2012 Mac Pro models with recommended Metal-capable graphics cards.

While Valve, HTC, and Apple are steadily maturing their support for VR on Mac, Oculus remains non-commital to the platform, telling us recently that the company doesn’t have any news to share on MacOS support; while development versions of the Rift had supported MacOS years ago, the company “paused” its development for MacOS back in 2015, and the consumer Rift launched only with support for Windows. 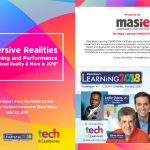 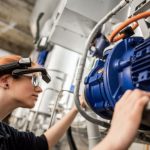