During a history lesson, students at one major university can become part of a historic event by immersing themselves in the scene. At a healthcare lab, students learn surgical skills and clinical techniques in realistic simulated environments. At a third university, engineering students use 3D imaging technology to test their designs.

These students, and many others on college campuses around the world, can now delve more deeply into their subject matter via augmented reality—technology that projects digital objects onto real-world surfaces with the help of augmented reality software and smartphones, tablets or headsets. Unlike virtual reality, which creates a fully artificial, immersive environment, AR supplements the existing environment by overlaying new digital information via holograms, 3D graphs, digital text and animation. The result is an interactive, three-dimensional environment that allows students to learn and explore in different ways, reinforcing professional skills they will need in the future.

Using augmented reality in the classroom makes learning much more interactive, collaborative and engaging, With this technology, students can tour faraway sites, communicate with historic figures, conduct experiments and practice skills they will need in the real world. Some instructors even incorporate AR into game-based learning, creating quizzes, presentations and role-playing exercises that engage students in new ways

Research shows that this type of hands-on, experiential learning improves information retention. According to EducationCorner, learning by doing has an average retention rate of 75 percent—much higher than other learning methods such as lectures, reading, audio/visual, demonstrations and discussions. In another study of medical students using augmented reality to learn about anatomy, more than 80 percent said using AR increased learning motivation, and 93 percent said it increased their spatial understanding of anatomy.

Augmented reality for the sciences

While augmented reality has many applications on college campuses, the most obvious are in the STEM (Science, Technology, Engineering and Math) areas. There are many AR applications that can help students learn about biology, astronomy, physics, chemistry, anatomy, oceanography and other areas of science.

In the area of physics, one school developed an AR application that enables students to visualize light rays, helping them learn about the distribution of light and reflection. At another, undergraduate students built an augmented reality application that allowed them to mold their own universe with sand and see how the objects in their world are affected by gravity.

To learn about chemistry, students might use an AR app to explore chemical elements. By clicking on an element, students can learn more about it, or put two elements together to see how they react. To understand molecular structures, students can use an AR application that allows them to manipulate 3D molecules in real time, enabling them to see how the molecules change over time. Science majors and medical students can take advantage of augmented reality applications to explore the human body in 3D, with the ability to inspect tissues, organs and bones.

Engineering is another area where augmented reality is making learning more effective. The ability to work with three dimensional objects is invaluable for engineering students. With this ability, students can manipulate objects, see flaws in their structures more easily, and truly immerse themselves in design projects. AR is valuable in all areas of engineering, at virtually every stage of the design process. It’s so important to the future of engineering that the National Science Foundation has funded grants to develop AR applications to transform the way structural analysis is taught.

STEM is only the beginning

As important as augmented reality is to STEM education, it also has tremendous value in other areas of education, from architecture to literature. At St. Edward’s University, an interaction design class used augmented reality to overlay a historic digital image of a university building on top of a current building, then created a website with then-and-now images and an online map of locations, adding context to history.  Graduate students at Carnegie Mellon University have developed an augmented reality piano learning tool that helps students learn music improvisation through interactive lessons, seeing and hearing examples, and playing their own music accompanied by AR-projected virtual bands and musicians. At Johns Hopkins University, groups of students use augmented and virtual reality, along with artificial intelligence, to create immersive cinematic storytelling projects. And at the Pratt Institute, a group of digital arts students used visual and audio overlays to bring the school’s library to life, complete with dynamic bookmarks and time travel clocks.

The applications of augmented reality in higher education are almost limitless, and its use will only grow over time. According to research from Technavio, the global mixed reality market (a combination of augmented and virtual reality) will grow by more than 90 percent by 2021, due to a surge in the number of mixed reality classrooms, an increasing demand for experiential learning, and more affordable mixed reality hardware.

With the ability to transform learning into an interactive, dynamic experience, even the most passive students can learn more effectively. By the time the next generation is ready for college, augmented reality will be fully incorporated into the college experience. 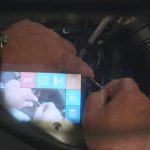 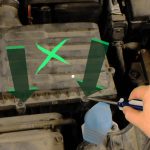