Although the HoloLens is still primarily the domain of developers and researchers, the device is nevertheless on the cutting edge of showing us what will be possible with augmented reality in the coming years. The latest example comes via Microsoft Japan and a new concept video that shows off how the HoloLens will be used in the relatively near future to pilot autonomous ships.

Japan’s JRCS, a company focused on maritime logistics and the production and sale of electronic equipment for the shipping industry, has teamed up with Microsoft Japan to launch the JRCS Digital Innovation Lab. The idea behind the initiative is to explore ways to use augmented reality and AI to enhance the efficiency of shipping operations worldwide.

And while several ideas for the future marriage of AR and AI are proffered by the new alliance, the vision that will capture the most attention is the concept video that shows a group of captains, all outfitted with the HoloLens, piloting ships remotely from a shared tabletop.

Decked out in futuristic uniforms that could have been taken directly from the ancient sci-fi anime series Star Blazers (aka Space Battleship Yamato), the three captains are shown at a „virtual command center“ using the HoloLens to do everything from checking weather conditions, to navigating the course of several ships at the same time, to managing the internal systems of ships with a simple gesture.

„We have a plan to help solve anticipated maritime crew shortages and improve the quality of transportation by introducing the onshore virtual command center. Here, digital captains can interface with multiple autonomous vessels on a 3D map, communicating with each other, along with remote captains viewed through the HoloLens as avatars,“ the JRCS narrator explains during the concept video (see below).

Don’t Miss: How ‚Ready Player One‘ Used Microsoft’s HoloLens to Help Build Its VR Cinematic Universe
„These digital captains can see information such as routing and weather data along with topographical information, ensuring the safety, accuracy, and efficiency of the vessels. By interacting with a vessel’s automatic identification system, a captain can communicate with artificial intelligence to confirm the fuel efficiency is optimal and avoid any stoppages on the route.“

A few years ago this might have seemed like a lofty goal, but with companies like Uber and Tesla already making headway with autonomous vehicles on land, it seems only natural that similarly automated (albeit, human-assisted) vehicles will begin to populate the seas.

However, this HoloLens-meets-drones ships vision of the future will take a little more time to develop, as JRCS says that the virtual command center service won’t kick off until 2030. By then, it’s likely that automated vehicles and AR will be as common as smartphones and digital assistants, but regardless, it’s still great to get a preview a decade before this incredible vision becomes a reality. 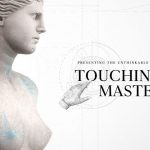 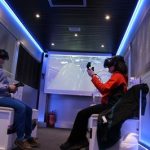