Will virtual reality help you learn a language more quickly? Or will it simply replace your memory?

It feels like an actual conversation, but without any of the jitters that come with thinking you’re sounding stupid

VR is the ultimate medium for delivering what is known as “experiential learning.” This education theory is based on the idea that we learn and remember things much better when doing something ourselves than by merely watching someone else do it or being told about it.

The immersive nature of VR means users remember content they interact with in virtual scenarios much more vividly than with any other medium. (According to experiments carried out by professor Ann Schlosser at the University of Washington, VR even has the capacity to prompt the development of false memories.)

Since immersion is a key factor in helping students not only learn much faster but also retain what they learn for longer, these powers can be harnessed in teaching and training—and there is also research that indicates that VR is an ideal tool for learning a language.

By combining the immersive capabilities of VR with speech recognition and an AI-enabled voice chatbot, MondlyVR claims to dramatically shorten the time it takes someone to start talking in a new language. “The biggest things that keep people from actually speaking and using new languages are fear and lack of life-like practice,” says Mondly’s CEO, Alex Iliescu. “We’re filling the conversational gap of traditional language education.”

The average language learner typically takes up to six months before even trying to engage in a conversation, but with Mondly, the fear of screwing up is reduced. As you’re talking with a responsive character that looks like a human—with all the non-verbal signifiers such as facial expressions and body language cues that go with real-life interactions—it feels like an actual conversation, but without any of the jitters that come with thinking you’re sounding stupid.

Here’s how it works: The AI-powered bots prompt you with the appropriate sentences, and in addition to listening to them say the words, you can access dialogue boxes that show them in writing. You’re then required to select your appropriate response from the list, and say it out loud. If your pronunciation is good enough (and the AI is working as it should), the virtual character will “understand” you, and the conversation will progress, much as it would in real life.

Professor Jonathan Gratch, whose work at the University of Southern California investigated how immersive technologies can help us learn skills like public speaking, says VR can provide a safe environment in which we can get over the anxiety that new experiences inevitably bring. “We learn best by being immersed in the situation, but we are also overwhelmed by real situations,” he says. “So immersive environments can give us a ‘scaffold’ by providing simpler and more stylized elements of real situations as a starting point.”

Lewis Johnson, president and CEO of language learning platform Alelo, says that those realistic safe spaces are powerful, morale-building tools for tentative learners. In the most challenging early stages when they are most likely to give up, they can add a degree of safety. “What makes this so effective is that it gives people an added measure of confidence so that when they’re in the real-world situation, they know they can handle it, because they’ve already handled it in the simulation,” he explains.

His company, which has provided language- and culture-learning tools to the US Air Force, Marines, and Special Forces, has enabled its web-based consumer platform to support VR. he reluctance that most people feel when practicing a language at the early stages is something AI-enabled virtual environments are uniquely equipped to overcome.

But do we actually learn better?

Johnson sees vast potential in VR as a learning tool, but only if apps are well grounded on the actual science of learning. He believes a good way to determine whether an application is actually effective at teaching new skills—as opposed to merely providing an entertaining experience—is by applying the framework of Bloom’s taxonomy. This is a set of models that divides learning objectives into three domains—cognitive, affective, and sensory—and classifies educational objectives within those domains in levels of complexity and specificity.

“Most language-learning apps such as memory games focus on the bottom level in Bloom’s taxonomy, but real mastery of language requires engagement with higher levels: apply, evaluate, and create,” he says. “That’s what’s you need to really engage with people in a conversation in another language. Users of such games are learning, but they aren’t learning at the right level.”

This is the crucial question when you see apps like MondlyVR in action: It is definitely impressive that someone without any previous knowledge of Japanese can practice the language without fear of embarrassment in a virtual scenario such as a restaurant or taxi. But are you actually learning better? Even though a beginner student is capable of carrying on a perfectly functional conversation in VR, will they be able to recall the words without the aid of the headset later?

This problem isn’t unique to VR. The ease with which we can access information—i.e. our ability to google just about anything—has been found to lower our recall rates. One Columbia University study found that participants in a memory experiment didn’t make the effort to remember facts that they thought they could look up later. They remembered where they could find the information rather than the information itself.

As our brains don’t have an infinite capacity to retain information, it is only natural that humans instinctively look for ways to avoid remembering too many things. Much as we’re now using the internet as a vessel for our collective external transactive memory, where information is stored collectively outside ourselves.

Yet considering there are over 7,000 languages in the world (many of which, like Basque, are experiencing a resurgence in popularity) is this actually a problem? If we accept the inevitability that we will become increasingly symbiotic with our computer tools, maybe outsourcing some of our memory skills isn’t such a bad thing. If we think this way, bringing VR into our learning routines is just the next logical step in that journey of blending our physical and digital selves. 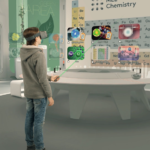 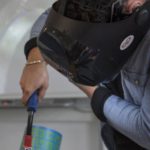