Shaun Johnson is used to navigating his way to the tryline, but on Monday he was testing his ability to plot his path through a virtual reality.

The Kiwis rugby league star was one of six players from the squad to experience the virtual environment at Wellington’s Project R, as the company showed off some of its recent creations.

Those also included a photo booth that took 3D images of the players, an idea 3Dfy.me director Sabry Macher says could one day replace 2D profiles of players on team websites.

Johnson’s footwork on the pitch can often be dazzling, but his tentative steps on a treadmill at Project R’s central Wellington office suggested he had trouble finding his feet in the digital landscape.

He soon found his rhythm, and was off and racing through the simulated world, which included images of the Parliament building and an Absolutely, Positively Wellington sign. „It took a bit of getting used to,“ Johnson said.

„I’ve actually got a VR [virtual reality headset] for my PlayStation at home, so I wasn’t too unfamiliar with it.

„But definitely, with the treadmill and then having to keep your eye on the path, it was a bit tricky, but good fun.“

The 3D images were taken by synchronising 154 cameras, which each took two photos of the subjects in quick succession. The combined 308 shots were then sent to a computer and „baked together“ to create the final model, Macher said. The images could be printed in 3D; used to design „bespoke“ clothing for athletes; or be animated for video games.

„In five to 10 years, everything will be done in 3D. Everyone will be able to have a 3D image of themselves. „It’s like 25 years ago, printing used to be in black and white. Now it’s in colour.“

The Kiwis are in Wellington for their Rugby League World Cup quarterfinal against Fiji at Westpac Stadium on Saturday. 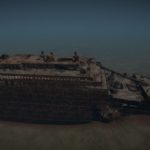 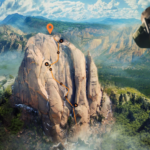