Walmart Says VR Training Is A Hit With Its Staff

Walmart began using the technology last year at some of its training academies for management-level employees, and it plans to expand its use, a spokesman said.

„One of the really valuable things about incorporating virtual reality in our training is that it allows us to recreate scenarios that are difficult, or impossible, to recreate in a store,“ spokesman Blake Jackson said. „And Black Friday is a great example of that.“

„You can’t recreate that on any given day in July,“ Jackson said. „But through virtual reality, you are able to put a person into the shoes of someone working in the store on Black Friday, and teach based on that. So, that’s a key thing we like about it, on the front end.“

Associates who go through that training have been more engaged with what they were learning and subsequently retained more, as evidenced through better test scores, he said.

„That’s not a surprise, because it’s a novel approach to learning,“ he said.

Officials said Walmart has developed four different Black Friday scenarios that put associates into busy environments they might experience in different parts of a typical store.

The scenario Del City academy participants were working with involved shoppers who were passing through a store’s Home department, looking for deals the retailer offers on products in that section as part of its holiday sale.

Two academy instructors each demonstrated the technology for other academy participants.

Both employees, who took turns using the gear, talked about their observations when it came to how the associates in the simulation were interacting with customers and with each other. The other students provided feed back as well.

„When our customers see the yellow vests, they can tell who they need to go to if they have any questions and that helps with customer service,“ one academy participant observed, for example.

One of the instructors said she the virtual reality presentation provided her with valuable experience she wouldn’t have received even hearing about an event first hand from someone else.

„It was great, because I could see what a good, positive event looks like,“ she said. „That way, I won’t be worried, going into it, about what to expect.“

Jackson said Walmart introduced the virtual reality technology to about 30 of its training academies in 2016, adding that its use has expanded to all of the company’s nearly 200 academies now.

Each academy serves as a physical training hub for about two dozen area stores. Academy students are management employees that either have just been hired or are getting promoted, he said.

Jackson said the company could develop any number of different scenarios it could use to train its employees using the technology.

Generally, however, he said the training always will be focused on teaching the ways the company and its employees can serve their customers better.

„Are we properly engaging our customers? Are we asking them what we are looking for? Are we helping them find those things, and thanking them when they leave? These ideas may seem really simple and rudimentary, but in fact, they are huge difference makers,“ he said. 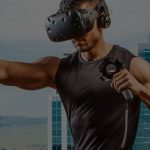 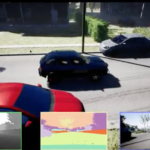