A couple of months ago I was fortunate enough to the VR Sports and Entertainment Summit in San Francisco, where I had the opportunity to try out the virtual Hockey training kit from Sense Arena. Having experienced the inuitive VR training solution myself, it comes as no surprise that the company made such a splash at CES 2019 these past few days. 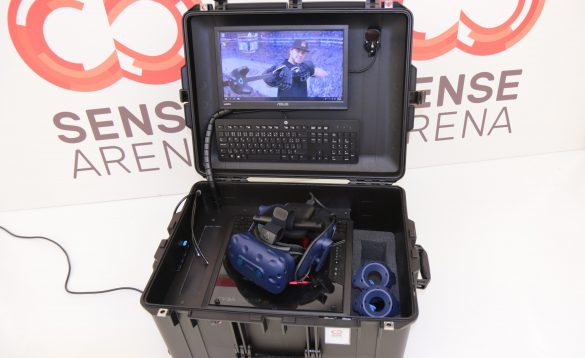 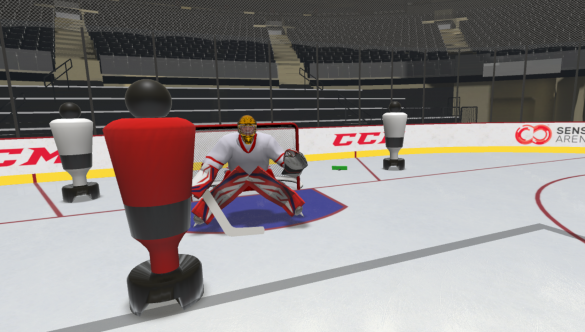 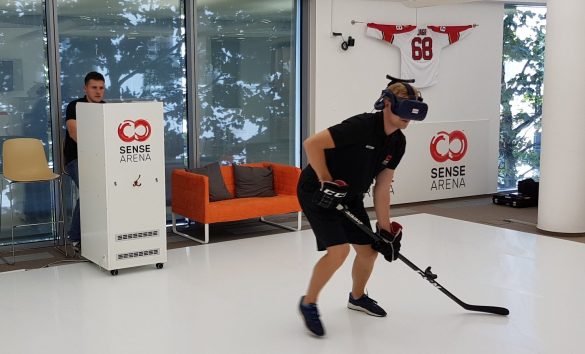 Even for someone who has never played hockey before, I found the experience incredibly entertaining; I swear my performance improved from appalling to merely dismal in the short space of time I was allowed to play. Best of all, having tried A LOT of different controllers and experiences over the years, I was thoroughly impressed with how realistic the physics felt between the physical stick and the virtual puck. My brain really had a hard time believing that both weren’t real, which, of course, is the point.

“This is more than just a game. It’s a tool for kids or even professional players,” explains Patrik Elias, a top ranked 20- year NHL player for the New Jersey Devils, who attended CES in support of Sense Arena. “Everyone is trying to find tools to get better because the competition is getting tougher and tougher. Tech is a big part of any professional sport now,” he added.

“The technology and the reality of the environment are just amazing and so far, we’ve only seen half of what Sense Arena can be further developed into! I would definitely encourage you to try Sense Arena – you have to try it to believe it,” said Boston Bruins David Pastrnak.

This system is designed to let players improve their cognitive skills (much like surgeons already do with VR training tools) and overall  “hockey sense” by simulating game situations, while focusing on reaction speed and decision making skills to test a player’s hockey intelligence.

“The brain is the most important ‘muscle’ in an athlete’s body. Every command to our bodies starts in the brain. Improving cognitive functions of players is going to be the new game changer. VR gives you the benefit to work on speed of reaction, decision making, reading of the game etc.,” explains Bob Tetiva, Sense Arena Founder and CEO.

The whole kit – which comes ready for commercial or in-home use – is portable, and the self-contained case is hardly more cumbersome than real-life sports equipment would be. It is, however, a considerable investment. The Pro Pack will set you back $5,480 which includes a HTC Vive Pro, two HTC lighthouses, four trackers, one wireless adapter, and VR-ready PC with a touch monitor. You also require a $199 monthly subscription. As a training tool for an entire team, however, it is easy to see how that investment could quickly pay off.