Join the crew of Space X for a final time as they prepare to leave ISS and return to Earth.

Photos from the James Webb Space Telescope have begun showing up on social media feeds everywhere, and people are blown away at just how infinite outer space truly is.

Available now on Quest VR headsets, the latest and final installment of Felix & Paul Studios’ VR series Space Explorers: The ISS Experience – Episode 4 “Expand builds off of that same excitement, offering us an unparalleled look at life aboard the International Space Station.

The experience has you joining the Space X Crew on the ISS where you will embark on a variety of missions, including a vertigo-inducing spacewalk. You’ll also work with the crew as they prepare to complete their year-long mission and focus on the future of human space flight and exploration.

Filming for this final chapter was done during the height of the COVID-19 pandemic, which complicated things for the crew returning home to Earth and offered a large number of unknowns.

Shot over two years using Felix & Studios’ unique 3D 360-degree space cameras, the Emmy Award-winning Space Explorers: The ISS Experience is the largest production ever filmed in space with the crew acting as the directors, camera operators, and the stars of the series.

Filming produced over 200 hours of stunning high-end VR footage, including the first-ever visuals of the ISS, an incredible 227 nautical mile overhead view of Planet Earth as you travel at an insane 17,500 miles per hour, and a spacewalk captured in high-end cinematic VR that makes you feel like you’re actually there on the edge of something eternal.

Produced by Felix & Paul Studios and PHI Studio in partnership with TIME, Space Explorers: The ISS Experience – Episode 4 “Expand” focuses on humanity and what it means to be part of something much larger than we could ever imagine here on Earth.

Space Explorers: The ISS Experience – Episode 4 “Expand”, along with earlier episodes in the series, are available now as a fully-immersive VR experience on the Meta Quest and Meta Quest 2 headsets.

If you’d like to know more you can follow them at explore.space as they continue documenting Human Space Exploration and NASA’s ARTEMIS program. 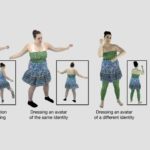 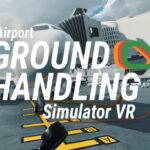 VR Sim Teaches You The Art Of Baggage Handling