Top News
Microsoft HoloLens said to reduce training time by...
Effectively upskilling and training employees that work with...
Why Using VR for Training in the Renewables...
What Is a Digital Twin?
Virtual reality—The Future of Flight Training
XR Success in Vocational Training: The Conservatoire National...
VR For Education: How The World Already Changes...
Cooking Simulator VR Coming To Quest 2 On...
Siemens Healthineers adds VR training for mobile 3D...
VReps Uses Virtual Reality as a Basketball Training...
Home Examples This VR Bus Takes You On A Tour Of Ancient Rome
Examples

This VR Bus Takes You On A Tour Of Ancient Rome

Go 2,000 years back in time on the Virtual Reality Bus.

Whoever said time travel wasn’t possible hasn’t heard of the Virtual Reality Bus, a 16 passenger transportation vehicle operated by Invisible Cities that uses powerful 3D technology to transport you back in time for a 30-minute ride through Rome during its heyday.

What makes this immersive experience so unique is that there are no headsets. Instead, Invisible Cities uses large transparent 4K OLED screens installed in front of each window on the bus to deliver immersive 3D content.

Using the curtains attached to each “window” this Magic School Bus of sorts teleports you back in time to ancient Rome. At least that what it looks like to the passengers inside. When the curtains are raised, passengers see a modern day view of their surroundings. When lowered, they’re instantly transported 2,000 years in the past to ancient Rome.

This isn’t just a visual experience. The VR Bus incorporates other elements to really sell the experience. Along with the 4K OLED screens, the bus is also equipped with a three-axis accelerometer, a magnetometer, a velocimetry, and a surface laser that all come together to capture every bump, turn, and speed the bus is moving, and incorporate it into the virtual experience.

Digital speakers inside of the bus help deliver a realistic audio experience that makes you think you’re driving through a crowd of ancient Romans, while a network of small vents deliver smells like frankincense, myrrh, charcoal, Guaita wood, birch, and vetiver grass as your drive past Temples, and hints of metallic aldehydes, civic musk, and cumin as you pass the Colosseum.

“The VR Bus project will allow visitors to literally immerse themselves in the history of Rome,” said the city’s mayor Roberto Gualtieri, who described the experience as a “one-of-a-kind initiative” that will take tourists and Roman residents “on a journey to discover Rome’s past.”

Another thing to mention is that the Virtual Bus is also an electric bus, so it’s totally sustainable!

Tickets cost €16 and can be purchased online or at the ticket booth at Trajan’s Column.  Children younger than six ride for free. 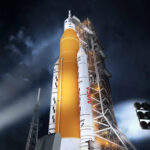 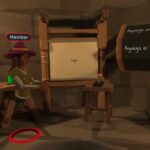