Top News
Microsoft HoloLens said to reduce training time by...
Effectively upskilling and training employees that work with...
Why Using VR for Training in the Renewables...
What Is a Digital Twin?
Virtual reality—The Future of Flight Training
XR Success in Vocational Training: The Conservatoire National...
VR For Education: How The World Already Changes...
Cooking Simulator VR Coming To Quest 2 On...
Siemens Healthineers adds VR training for mobile 3D...
VReps Uses Virtual Reality as a Basketball Training...
Home Examples How To Watch NASA’s Artemis I Rocket Launch Live In VR
Examples

That’s one small step for man, one giant leap for VR.

This coming August, NASA will launch its unmanned Orion CM-002 spacecraft out of Kennedy Space Center in Cape Canaveral, Florida, the first in a series of test flights for the agencies Artemis program. The goal of the mission is to certify the Orion spacecraft and Space Launch System launch vehicle for crewed flights in the hopes of returning humankind to the moon by 2024.

As if that weren’t cool enough, the immersive production studio Felix & Paul is partnering with Meta Quest and distribution partners around the globe to live stream the upcoming launch in 8K, 360-degree VR. The immersive live stream will be accessible onVenues in Horizon Worlds, Facebook 360 via the Space Explorers Facebook page, 5G 360-degree streaming platforms in select locations, and a variety of domes and planetariums.

“The Apollo missions were televised worldwide in black and white, but the Artemis generation will experience the upcoming Moon missions, and future Mars missions, in an immersive and experiential way,” said Felix Lajeunesse, co-founder and Creative Director of Felix & Paul Studios.” This first immersive live-streaming is part of our ongoing mission which started with our Space Explorers series, to bring the public along for the ride on humanity’s next giant leap in human space exploration.”

Felix & Paul is the same team behind Space Explorers: The ISS Experience, an Emmy Award-winning 360-degree series shot aboard the International Space Station. Developed in collaboration with NASA, each episode offers an unprecedented look at the lives of astronauts working aboard the space station, during which they served as the cast, crew, and directors. The studio even built a custom 360-degree camera designed for use in a zero g environment, allowing them to capture a spacewalk in VR for the very first time.

The Artemis 1 launch is currently scheduled for this August. As previously mentioned, you can catch the action live in VR via Venues in Horizon Worlds, Facebook 360, and select 360-degree streaming platforms. For more information visit here. 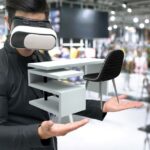 10 Best Examples Of Augmented And Virtual Reality In Retail 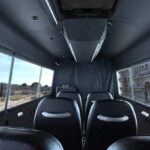 This VR Bus Takes You On A Tour Of Ancient Rome