Augmented reality technology has become a long-expected innovation in architects’ and designers’ work as it allows them to transfer their projects and drawings from a 2D static space into a 3D dynamic model. Whereas Virtual reality is quite popular for almost a decade now in the field of gaming and entertainent industry.

Here’s how augmented and virtual reality are transforming business and the economy faster than you think. AR & VR are getting accelerated adoption in all kinds of industries and the trend is going higher for this entire decade. Business leaders are looking at the below statistics to define their business strategies.

What Are the Differences Between VR and AR?

Virtual reality (VR) simulates a stand-alone world. To interact with it, users need specific devices transmitting human movements and affecting the peoples’ senses. A VR helmet or glasses are most often among them.

Augmented reality (AR) is easier to work with. That is the real world, supplemented by virtual elements “expanding” or “enriching” it.

Four Insights You Do Not Know about AR and VR

Let us look into the top four insights that AR and VR is bringing on the table that you must know in 2021 to get alined with the innovation and disrution trend across globe.

AR and VR have the potential to deliver a $1.5 trillion boost to the global economy by 2030. That’s the major finding of the economic impact assessment conducted by PwC economists for this report. From creating new customer experiences to speeding up product development and improving workplace safety, there are many compelling uses for these technologies that promise to drive growth from the current GDP contribution of $46.4 billion.

PwC research shows the potential boost to GDP from VR and AR globally and also the impact that the adoption of the technology will have on employment in different countries.

The need for trained professionals in the fields of AR & VR will soar through the roof in near future and companies will struggle to get right canidates to accelerate their own growth.

Nearly 10,000 Facebook employees — almost a fifth of its total workforce — are currently working in the augmented and virtual reality (AR/VR) labs — report says.

Virtual reality creates immersive experience which is great for gaming, 3D movie experience, training in industrial or educational fields. But still now, assiated by heavy headsets, VR is still not in mainstream for mass usage.

Fun fact: Early form of VR was introduced around 18th century where binocular vision was created with 10–15m wide wooden structure to create some sort of ancestral VR view.

On the contrary, peope can easily access AR since it overlaps 3D objects into the real environment through the camera view. With advancement of smartphones, AR is quite accessible using mobile phones. Users do not disconnect themselves from the world to experience AR and that is the beauty of it.

As a result, AR is getting more popuarity over VR and the trend will go on for this entire decade. At the end of 2030, it is forecasted that AR industry will be more than twice the size of VR industry.

Until now, mostly people consider AR and VR as fancy form of technologies in gaming and entertainment industries. But the possibilities are far bigger than that.

VR is getting more popular in product or service design and development, educational training, recreating virtual circumstances for special needs which could be crazy expensive if produced in real world.

AR is more favored in the segments of retail, consumer experience, troubleshooting, healthcare, product demo and development and many more.

By the end of this decade, PWC expects massive GDP growth in these indutrial sectors using AR & VR.

Overall the technical advancement of AR and VR is going extremely fast. But the industry is still adopting them little slowly. But adoption rate is accelerating than before. Gartner has removed AR from hype cycle in 2020. This means they consider AR to be a mature platform now to be adopted by global industry.

Covid19 has increased the usage of AR & VR in many fields. According to IBM’s 2020 U.S. Retail Index report, the pandemic has accelerated the shift to digital shopping by roughly five years.

Now is the time to stake big on Augmented Reality. Join the leading movers and shakers in technology and embrace AR. Create strategy on how AR & VR adoption for business can increase ROI in very short time while overpowering the local competitors.

Foto: AR & VR are changing every industry with new faciities 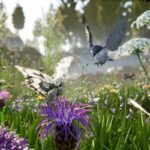 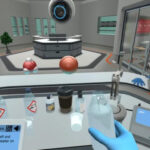