Many of Facebook’s regular updates to the Quest platform are headlined by big new features or fixes, but Oculus Quest v33 seems to be more concerned with making some finer tweaks. Perhaps the biggest addition is improved visuals for Oculus AirLink and Link. Facebook says users may notice “improved image quality and text clarity” using a new Link Sharpening feature.

We haven’t tried out the update for ourselves but the Link feature compresses the image quality to allow a Quest to display PC VR content either when linked up with a USB-C or wirelessly over AirLink. Any reduction to this effect would be welcome.

Elsewhere, Oculus Quest v33 allows you to clear the history for your Guardians settings to help combat any tracking issues you might have, and Facebook says it’s improved security when using the Oculus Browser. Some of the multitasking features are also being moved out of Experimental release and there are updates to notifications and keyboard settings too. You can see the full list of changes right here.

It’s a pretty quiet update, then. Some have speculated that could be because Facebook is holding back announcements for its upcoming Connect developer conference, which will be held in late October. We’re also waiting on Facebook to reveal the Space Sense feature that was recently unearthed in v32 and, oh yes, the Oculus Quest Pro headset referenced in that update too. Seems like there might be a lot in store for next month. 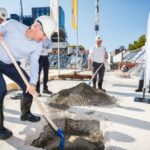 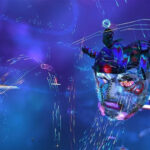 The Most Surreal VR Event Of The Year, Burning Man, Was Just Extended