German automaker BMW and augmented reality (AR) partners Acute Art will celebrate the former’s 50 years of cultural engagement, it was announced this week.

In preparation for the 50th anniversary celebration, BMW will collaborate again with WebAR experts Acute Art to highlight BMW’s Art Car programme and bring its Art Cars to the public.

But a month later, BMW has decided to re-release every Art Car as a digital twin to cover all entries in the initiative, which featured prolific artists such as Andy Warhol.

BMW debuted the experience in early July at its Formula E Motorsport Workshop on the Engage VR platform to offer the automotive leaders a new way to work with sponsors, partners and customers.

But this was not the first of BMW’s venture into VR technology, namely after the 2020 Geneva International Motor Show was cancelled due to the ongoing COVID-19 pandemic.

BMW was set to showcase the new Concept i4 electric vehicle (EV), but quickly shifted to emerging AR/VR solutions to take part in the event. The firm later debuting the Concept i4 EV virtually to “pay tribute to the many people who have worked tirelessly” on the project, Oliver Zipse, Chairman of the Board of Management for BMW, said at the time. 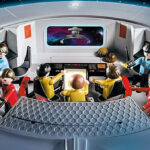 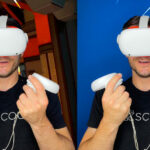 How To Use Live Overlay On The Oculus Quest 2