Varjo stated that with the first EASA approved VR simulator, pilots can now have the virtual training time credited to their flight training as well as benefit from the high training value and flexibility of the immersive solution. Since the qualification is done directly by the aviation authority, any customers of VRM Switzerland can start using the VR training solution without further national certification according to EASA regulations.

This will enable flight schools and helicopter companies to use the latest technology to help increase flight safety, offer more cost-effective training solutions, and to train in a more environmentally friendly way, at any time.

“Varjo is honored to be a part of the world’s first EASA authorized pilot simulator with our highest-fidelity virtual reality device, the Varjo VR-3. This is a truly pivotal moment for the entire VR/XR industry, proving that immersive simulations can bring very tangible benefits for pilot training. Together with VRM Switzerland, we look forward to providing and scaling cost-effective, photorealistic virtual simulation training to pilots worldwide,” said Seppo Aaltonen, Chief Commercial Officer at Varjo.

The VR simulator provides pilots with a full-body immersive experience, and gives the feeling of sitting in a real helicopter through Varjo’s human-eye resolution VR headsets, a dynamic motion platform, numerical simulation of the flight behavior, haptic perception, and a 3D cockpit model that is an exact replica of the real helicopter, according to Varjo.

Fabi Riesen, CEO at VRM Switzerland, said: “Pilots should receive realistic training on simulators. This allows helicopter operators and flight schools to fly more efficiently and safely. Thanks to our cooperation with the authority, we can offer training that is directly creditable. Our VR concept, which includes the Varjo VR-3 Head Mounted Display (HMD), Pose Tracking combined with a VR Haptic Cockpit on a highly dynamic 6DoF [six degrees of freedom] motion platform, provides a training device with the highest possible visual fidelity, allowing pilots to be fully immersed.”

Varjo VR-3 features an extremely high resolution of over 70 pixels per degree in the center of the field of view, as well as a wide field of view  of 115 degrees, allowing pilots in training to see and read the smallest of details in VR with perfect clarity.

According to Varjo, the suitability of the VR solution was verified through a training evaluation program together with EASA involving pilots of various nationalities from industry and aviation authorities, including helicopter flight instructors and test pilots.

Commenting on the announcement, David Solar, Head of General Aviation (GA) and Vertical Takeoff and Landing (VTOL) Department at EASA, said: “Virtual Reality Simulation has been identified as a real enabler and potential game changer for helicopter training. I’d like to congratulate VRM Switzerland Team for the outstanding work as well as EASA teams for their commitment to support this qualification, which so far as I’m aware is a first in the world. Well done to all!”

The fact that something as highly specialized and scrutinized as pilot training is now allowing for the use of VR technology to factor in to officially credited training hours marks yet another positive step forward for the tech, and helps to demonstrate the readiness of VR to meet real-world industry needs.

This is also not the first time that Varjo’s technology has been utilized for immersive helicopter flight training. Last year, Bohemia Interactive Simulations announced that it was integrating Varjo’s XR-3 headset into a mixed reality Apache helicopter simulator demo.

For more information on Varjo and its virtual reality HMD solutions, please visit the company’s website. 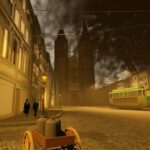 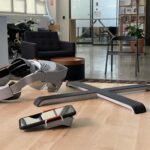