Design Full Rooms In AR With The IKEA Studio App

Change wall colors, arrange multiple pieces of furniture, and export your AR rooms in 2D and 3D for critique.

IKEA is now offering open beta access to IKEA Studio, a new AR design app that allows users to customize entire rooms with IKEA brand furniture and decorations; so long as you’re using one of Apple’s LiDAR-powered iPhones that is.

Whereas the IKEA Place app—released back in 2017 alongside the launch of Apple’s ARKit—allows you to place single pieces of AR furniture and decorations throughout your real-world environment, IKEA Studio lets you furnish entire rooms. Developed by IKEA’s own Copenhagen-based studio SPACE10, this iOS-exclusive app works by capturing 3D room plans and measurements using the LiDAR sensors featured on the iPhone 12 Pro and iPhone 12 Pro Max. Put simply, this new technology generates a mesh scale capable of identifying surfaces, objects, and the geometry of your real-world environment, resulting in more realistic AR experiences.

IKEA Studio is capable of identifying windows, doorways, and existing furniture; if the app detects any real-world objects, it will automatically place a white box over these items, allowing you to focus on your redesign as you change wall colors, arrange new furniture, and decorate your space with a wide range of IKEA products. You can also stack digital furniture on top of each other, like placing a lamp or potted plant on a shelf. Some of these items even feature simple interactive elements.

“While we have developed what is right now a mobile application, we’ve also been interested in what devices like glasses might be able to do for this technology,” said Tommy Campbell, Digital Design Lead at SPACE10, according to Wired, adding, “So we’ve made very deliberate decisions to paint the vision of Studio as one that can exist on both the smartphone or in a glasses-like setting. We’ve also used a new renderer reality kit from Apple that lets us achieve a level of detail on these models that hasn’t been seen before in IKEA’s AR portfolio.”

Moving forward, SPACE10 is experimenting with potential WebAR solutions, which would allow customers to access AR design experiences directly from the official IKEA website without the need for an app.

“Chrome and Safari and Mozilla are all playing around with web AR experiences,” said Campbell, adding, “Could that be the next platform? Instead of developing an iOS or Android app, can we have a web experience for Studio that would work for everyone?”

Those interested can sign up for the open beta here. If you’re selected, you will receive an email from TestFlight with additional instructions. Again, you will need an iPhone 12 Pro or iPhone 12 Pro Max in order to download this LiDAR-powered experience. 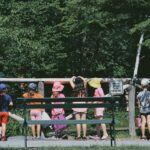 Immersive Learning Takes Students Out Of the Classroom 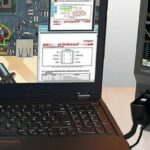