7 Things You Can Do to Overcome VR Motion Sickness

Editor’s Note: With so many new people getting VR headsets this holiday season we thought it would be valuable to republish this listicle from 2017 focused on ways to overcome VR motion sickness. If you’re experiencing severe effects the best thing you can do is take off the headset and stop right away, but there are some other steps to take that might help you grow more accustomed to the immersive realm more quickly. Editor David Jagneaux also added a paragraph near the end on alternative input methods that could help.

Motion sickness: it’s far from the flashiest aspect of VR, but it’s a real problem for some people when they put on a headset and enter a virtual world. VR motion sickness happens when your eyes tell your brain you’re moving around in a VR environment, but your body feels like it’s sitting in a chair or standing still. If you’re prone to the problem, these conflicting inputs cause you to feel miserable. Specifically, you might experience sensations like nausea, dizziness, headaches, sweating, excessive salivating, or all of the above. Even worse, these symptoms can continue for hours after you take off the headset and compound together.

Even if you’ve experienced VR motion sickness first-hand, don’t give up hope just yet. It’s possible to mitigate and even overcome VR-induced motion sickness altogether. We’ve already gone over a few tips that developers can use  to limit reactions here, so we’ve included some advice specifically for consumers below. Next time you’re having issues, give some of these a try.

Let’s say you’ve had a bad experience playing a VR game. You tried it, and the moment you started moving around in the virtual world, your stomach lurched and your head started to spin. You might not be inclined to venture back into VR, but if you give up now, you’ll be depriving yourself of some truly amazing experiences. It’s actually possible to overcome VR motion sickness without using any crazy tricks at all. You can do it simply by taking it slow.

If a game makes you feel queasy, start out by limiting your play sessions to just a few minutes at a time. When you start feeling uncomfortable, shut your eyes, breathe deeply, and take a short break before trying again. If you gradually increase the time you spend in those games, there’s a good chance you’ll overcome the discomfort in just a few days’ time. Before long, you’ll be cruising around imaginary worlds like a pro. For many people, getting their “VR legs” just takes patience and practice.

Have Someone Tell You You’ll Be Okay

This one sounds bizarre, but at least one study suggests it’s rooted in scientific fact. According to the report, you may be able to overcome VR motion sickness simply by having someone tell you you’re going to be fine. The study focused on naval cadets who, prior to boarding their assigned vessel, were told they were unlikely to suffer from seasickness, regardless of whether it was true.

As a result, the cadets who’d been given this “verbal placebo” got seasick at a lower rate than cadets who hadn’t. Assuming the findings are accurate, this method could help anyone who’s anxious about VR motion sickness before trying. Now you just have to get over your anxiety about asking someone for such a strange favor.

That thin, slippery garnish that comes with your sushi isn’t just for cleansing your palate. According to some studies, it’s also good for kneecapping nausea before it starts. If you eat ginger — or take a ginger supplement — an hour or two before putting on a VR headset, you may lower your chances of losing your lunch. Whether it works for you or not, it’s as good an excuse as any to make some quick additions or alterations to your diet.

Aim a Fan at Yourself

Another potential VR motion sickness cure that might sound strange is to have a fan blowing your direction while you play. It’s not clear why a cool breeze on your skin makes you less likely to hurl, but many nausea-prone forum goers have reported that it does indeed stop the discomfort before it starts. If you have a fan handy and you’ve struggled in a VR game, why not give it a shot? At the very least maybe it will help stop you from sweating inside the headset so much.

If you’ve ever felt seasick on a boat or gotten dizzy from reading in a car, there’s a good chance someone recommended you take Dramamine. Dramamine is an antiemetic medicine you can use to curb any symptoms you might get from motion sickness — which includes the VR-induced variety.

Dramamine comes in a number of forms, from standard pills to chewable tablets, and under a number of brand names. There’s even one that’s designed to provide 24 hours of nausea protection, which would be a good fit for anyone who likes to marathon their way through games.

If you’re looking for a potential solution that doesn’t involve taking medication, Sea-Bands might be the right choice. Sea-Bands (and other similar products) are wristbands that put acupuncture pressure on what’s known as the Nei-Kuan point in your wrist. The result, for many people, is a reduced susceptibility to motion sickness. Like some other potential solutions on this list, Sea-Bands are primarily marketed toward travelers, but VR users have reported that they work in virtual worlds as well. You can buy Sea-Bands and other similar products online or at most drug stores.

If you live in an area where marijuana is legal and you’re old enough to use it, you may find the solution to VR motion sickness in medicinal weed. After all, one of the primary applications of medical marijuana is to curb nausea. It’s not for everyone, but if it works, it works.

Alternatively, you could try something like hemp oil which is known to have similar nausea-related benefits.

Depending on which game you’re playing on which headset, there may be alternative movement methods you can try to aid alleviating the issue. To put it simply, adding more physicality to your experience may help solve the problem.

For example, if you jog in place and move around the room while playing it will likely help trick your mind into feeling like you’re moving through the game world. Similarly, software-based solutions such as VRocker and Natural Locomotion can be beneficial as well.

On the hardware side there are things like Cybershoes that let you sit and swing your feet, 3DRudder which has you leaning your feet around, and Virtuix is known for their Omni line of VR treadmills which do a great job of avoiding motion sickness — with a hefty price tag.

Now the bad news: it’s possible none of these potential solutions will help you feel better in motion-heavy VR experiences. If none of them work for you, your best option is simply to avoid playing games that bring motion sickness on. Racing games, flying games, and games that let you move freely to explore virtual worlds are good ones to avoid if you’re susceptible to VR motion sickness.

On the plus side, that leaves plenty of VR experiences as fair game. If you simply focus only on games and apps where your viewpoint remains locked in place, or only lets you move through actual roomscale movement or teleportation, you’ll probably fare just fine. 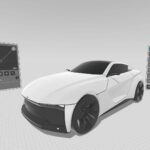 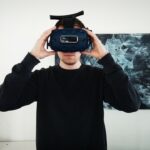