“I am thrilled by what David has accomplished to date and I am excited by the prospects of a new form of communication through PORTL,” said venture capitalist and investor Tim Draper, who is known for his early investments in startups including Tesla, Skype, Coindesk, SpaceX and Twitch.

PORTL founder and CEO, David Nussbaum, calls the company’s product “the first and only, completely self-contained, 4K resolution, single-passenger holoportation machine in the world.” Nussbaum continued: “Having not only Tim’s endorsement, but his partnership, is really the dream.” He added, “I created this machine based on my own experience in tech and entertainment and I knew people would be excited to have access to holographic telepresence in a compact device. Everyday we discover more uses for our PORTL machines, and I have no doubt they’ll soon be everywhere, bringing people together no matter how far apart they are on the map.”

According to PORTL, in the case of live “holoportation” as the company calls it, the person being beamed will have the ability to see, hear, and fully interact with an audience on the other end, all in 4K holographic resolution. Plus, in addition to live holoportation, the company can also film, produce, and edit content and play it back on a loop or through motion activation as a hologram movie.

PORTL Inc. was founded by Nussbaum in 2019 and is already shipping units worldwide. The Epic PORTL Hologram Machine has made early appearances on the red carpet at the Emmy Awards, as well as at ComicCon, the iHeartRadio Music Festival, the Saturn Awards and on ReutersTV.

The company noted that Nussbaum has been an innovator in the holographic projection industry for over six years, and has “beamed” chat show host Jimmy Kimmel from Hollywood to the CMA Awards in Nashville three times, in addition to collaborating on projects with Universal Music Group, Universal Studios, Sony Pictures, Dior and the Ronald Reagan Presidential Library.

Other investors in the round included Pandora investor and former Electronic Arts executive Doug Barry, who also joined PORTL as founding COO and board member. In addition to Barry, others included Joe Lewis, Jim Boykin, and sports and entertainment money management firm True Capital Management.

PORTL states that a table top unit of its hologram beaming device is expected to debut in Q2 2021. For more information on the company, please click here. 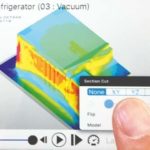 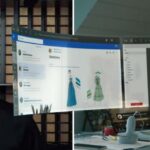 Facebook To Turn Oculus Browser Into A Work Platform