How Augmented Reality Is Transforming Film and TV’s Engagement

Since the start of the pandemic, U.S. consumers’ love for digital entertainment has only accelerated– especially in paid streaming platforms. In difficult times, many have turned to the solace of media and entertainment, causing providers to face an increasingly crowded and competitive marketplace. Here, streaming video services rule the screen. As a result, 40 percent of young viewers feel “overwhelmed” by the number of media subscriptions they manage and plan to reduce them in the near future. For providers, customer churn may become a growing problem — this is where augmented reality (AR) can provide a solution for ramping up engagement.

Throughout the course of human history, we’ve shared stories to connect, simulate alternative realities and find deep meanings. Over the last century, this was the role the entertainment industry took upon itself. In a similar fashion, AR has already provided an ability to capture and enhance the world around us. This technology adds an extra layer and addresses those human desires, providing a more immersive experience than ever before. The endorsement AR is getting from the entertainment industry is therefore natural, and it’s picking up the pace with the market constantly growing.

40 percent of young viewers feel “overwhelmed” by the number of media subscriptions they manage and plan to reduce them in the near future.

Media platforms have grown and evolved throughout the years — and so have the audiences consuming them. To understand today’s audiences — mostly millennials and Gen Z’s — and to understand how studios, broadcasters and streaming platforms are using AR to enhance their viewers experience and interest, it’s important to study that very same evolution.

The film industry first became popular with working class and immigrant audiences who could afford tickets. As the medium evolved, ​World War 2 and the rise of suburbs, which coincided with ​the ​introduction of television, led to even more need for entertainment and ways for people to consume it.

As audiences grew, studio ​marketing departments found new and creative ways to attract viewers. This was done by creating merchandise inspired by the film, licensing of film concepts to fast food chains, promotional tie-ins with television shows, radio stations, and magazines as well as popular-music sound-tracks.

Cable television in the 1980s brought viewers choice in what they could watch, fragmenting audiences. With the proliferation of the Internet came even more ways to distribute content. A number of services emerged that offered both new and old programming for free, with ​​advertising​​​. Just ten years ago, you could easily count the number of streaming video services on one hand. That’s an impossible task now.

With more room to experiment in their budgets, media companies have turned to AR to provide a more immersive and unique experience.

Media companies now create TV-focused video content for platforms with big content budgets; the over-the-top video market is exploding with new places to watch video. Subscription and ad-funded video-on-demand services have healthy revenue prospects, but media companies have struggled to get their videos seen in a cluttered landscape.

With more room to experiment in their budgets, media companies have turned to AR to provide a more immersive and unique experience. To cut through the glut of content, studios can now give audiences something they’ve never seen on a screen, where the real and digital world are converging. This blurred line between fantasy and reality creates an air of authenticity that appeals to the majority of today’s younger viewers. To fulfill this need and opportunity, platforms need to step up.

Recently, Apple announced they were going to be leveraging this technology in a big way. The tech giant is planning to add AR content as a companion to its TV Plus streaming service next year. This content would be in the form of characters or objects from the shows, which would then be overlaid onto the real-world environment via an iPhone or iPad app.

Up until recently, AR technology demanded dedicated hardware and therefore was more suitable to specific markets like the medical industry. Today, with Apple’s ARkit and Android’s ARcore, the technology is available to all end-users

With 5G likely to change how viewers use their mobile devices, studios, broadcasters and streaming services are already addressing the evolving need to enhance their experience. These days, ​as the COVID-19 pandemic has shut down most in-person activities and large gatherings, the need from all sides is greater than ever, and so is the opportunity. ​For example, Amazon recently rolled out their own AR game for Prime Video in promotion for their television show, The Boys, in an effort to augment the viewer experience.

Up until recently, AR technology demanded dedicated hardware and therefore was more suitable to specific markets like the medical industry. Today, with Apple’s ARkit and Android’s ARcore, the technology is available to all end-users and is scalable enough to serve the entertainment industry. However, the industry still faces big challenges with the high cost of producing special AR content and the limitation of AR technology to application.

As AR tech is evolving to serve different platforms needs like, this gap is ripe for closing, creating a real opportunity. WebAR and unique video technologies now allow existing content to be converted to an AR experience, thus reducing production costs immensely. Studios and other entertainment stakeholders — who will become early adopters — will have a chance to capture audiences’ attention, imagination and appreciation, and align themselves with innovation that brings joy and value to people at troubled times.

As AR tech is evolving to serve different platforms needs like, this gap is ripe for closing, creating a real opportunity. webAR and unique video technologies now allow existing content to be converted to an AR experience, thus reducing…

This system works, and we know this first hand based on our experience working with Paramount Studios. Fans had the opportunity to create their own video content using AR content from Sonic the Hedgehog. The result of this transformational AR experience provided a flurry of content, mostly on TikTok, where fans could interact with Sonic. The campaign reached tens of millions of consumers in the United States in only a few weeks. For a traditional film release campaign, there is so much money that is poured into promotion. We were able to provide evidence of another way. In the end, Paramount was able to easily produce shareable AR content that is built for audiences to interact with, turning them into viral creators on their own.

Many things have changed over the last century, but the human need for stories to expand the mind, alleviate pain and share our common humanity is not going anywhere. If anything, in an age of distractions, constant pings and more hurdles than ever in the way of getting lost in a movie or performance, it’s technology that enables us to create an immersive experience and jump into stories. AR is creating a way for us to engage in content we know and love, all while helping the entertainment industry evolve and grow with it. 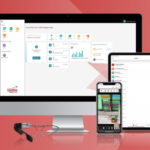 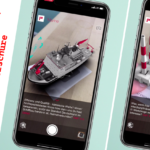