AR is no longer considered an emerging technology and is now ready to move from pilot to productivity in the enterprise space.

In the AR industry, this news left some open-mouthed: augmented reality is officially out of Gartner’s Hype Cycle.

After climbing up the curve steadily year by year in the cycle, augmented reality took a steep ride down to the trough of disillusionment in 2018. “Another 5-10 years” – that’s the time specialists estimated AR would need to reach maturity.

But then the surprise came: last year augmented reality was entirely removed from the Hype Cycle.

And the 2020 edition did not bring AR back either. Augmented Reality’s Journey in the Cycle

The Gartner Hype Cycle is a methodology used by executives to navigate this fast-moving innovation world. It signals upcoming technology hypes and indicates their maturity, helping leaders assess risks and early adoption benefits.

Since 2005, enthusiasts have been following AR’s journey up and down the curve. With Google, Apple, and other tech giants heavily investing in the space, industry insiders debated whether 2020 would be the year things would finally enter the slope of enlightenment.

But analysts kept their predictions: the technology still had a decade or so ahead until it reaches mass adoption.

So why has AR been swiped off the map?

Does that mean it switched to the fast lane overnight? Did it reach maturity within the last couple of years? Or worse: Has AR lost its potential?

Augmented reality evolution in the Gartner Hype Cycle from 2005 until 2020. Produced by Wikitude.

Leaders can expect that technologies get removed from the Hype Cycle as soon as they are considered mature.

According to Gartner, augmented reality has matured so rapidly that it is no longer considered an “emerging technology” anymore.

In a recent statement, Gartner’s team explained that this framework intends to be dynamic due to the wide variety of technologies tracked. Instead of following each step of every innovation’s maturation process, it opens up space for upcoming hypes that appear in every new cycle.

As for augmented reality leaving the cycle, it’s rather good news: “While continuing to be an important technology, augmented reality is rapidly approaching a much more mature state, which moves it off the emerging technology class of innovation profiles.”

From Pilot to Productivity

By graduating from the Hype Cycle, augmented reality evolves from “a technology to watch” to one to use.

This means AR has reached maturity and became an industry-proofed technology that executives can safely invest in to improve and innovate their business.

That evolution state is reinforced by Gartner’s latest report, predicting that multi-experience platforms, including augmented reality, will be deployed at least in one-third of all enterprises by 2021.

Furthermore, Gartner explains that mature technologies tend to live right in the heart of many other, still emerging, technology trends. Observing both 2019 and 2020 Hype Cycles, it’s clear that AR will be an essential piece of the puzzle for companies heavily investing in augmented intelligence, immersive workspaces, AI-augmented development, social distancing technologies, and other trends.

And while some executives might only now get the confidence to invest, AR has been proving its value in the enterprise space for years, demonstrating a strong return on investment (ROI) for companies like Boeing, Walmart, Lockheed Martin, and many more.

Key learning from these early commercial deployments is the role of AR in complex business solutions: it thrives when used in combination with other technologies, rather than a stand-alone feature. AR acts as an indispensable component for highly tailored solutions that require a deeper integration between digital and real worlds within the enterprise.

Catalyzed by a global pandemic, augmented reality will become more ubiquitous and move to where it should be – blended with the world around us. 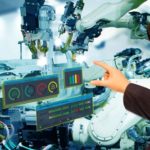 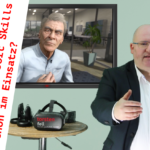