Boomers Are The Future Of AI And VR, Not Millennials

– A growing number of firms are developing tech targeted specifically at older people — from speech recognition and robotic assistants to entertainment.

– As America and the world age, the A.I.-based elderly care industry is expected to cross $5.5 billion by 2022.

At the world’s largest consumer tech show, CES, a hot red Lamborghini with Amazon Alexa voice capability is surrounded by selfie-takers. In comparison, a relatively small crowd is gathered around an exhibit owned by an organization that, to the uninitiated, hardly screams innovation: the American Association for Retired Persons, America’s largest interest group for elders.

Yet the AARP, itself a sexagenarian, offers something arguably more groundbreaking than most of the trendy consumer products on the glitzy Las Vegas trade floor: A virtual reality program that could one day replace social media sites like Facebook or Instagram as the go-to spot for online interaction between friends and family. Dubbed the “Alcove,” the Oculus headset compatible platform recreates a standard home, with a couch to watch TV on, multiple rooms and a porch to see the view outside — whether you want that vista to be a beachfront, a cityscape, a grassy yard or a roiling sea.

Much of the conversation around technologies like A.I. and virtual reality focuses on younger audiences. Indeed, 93 percent of millennials — ages 24 to 39 — owned a smart phone last year, according to a Pew Research Center study, compared to just 68 percent of Boomers. But as America and the world age, a growing number of firms are developing technologies aimed squarely at engaging older folks. At the moment, it’s tempting to think of them only in terms of their vulnerability to the coronavirus. But they also represent a market that’s certain to expand — the number of Americans 65 years or older is set to rise to 20 percent by 2030, up from 16 percent in 2018. And it’s one that’s quietly embracing tech. The A.I.-based elderly care industry alone is expected to cross $5.5 billion by 2022.

Tel Aviv-headquartered VoiceItt, which translates unintelligible speech, has drawn $13.7 million in investment, while Pillo Health, which leverages facial recognition and A.I. to create robotic medical assistants, has received nearly $13 million. But it’s not only about healthcare — it’s also about fun and companionship. On Alcove, users can play checkers with family members, engage in trivia and logic games or ride a hot-air balloon over the Swiss Alps, among other things.

A woman tries out a VR headset during 2019 World Conference On VR Industry in Nanchang, China. SOURCE HONG ZIBO/VCG VIA GETTY

“It’s cross-generational,” says Charlotte Dorsey, a senior from West Sacramento in Northern California. “Seniors love to play games together,” adds her husband, Jim. “I’ve got a friend who I can’t get to. No transportation. But now, through this kind of virtual reality tour, we both could see a World War II battlefield. Not just a picture, but interactively.”

Alcove is intended to help seniors with loneliness and memory loss, but it has the potential to be so much more, fulfilling many a sci-fi writer’s dream (or nightmare) of a society fully immersed in digital worlds. Its live demonstration at CES debuted a back-end framework that will allow other developers to craft games and experiences for the platform … making the possibilities “virtually” endless.

The goal for many of these companies is to use technology to augment desires already evident in the senior community. “Elderly people thrive on social connection,” says Emanuele Musini, CEO of Pillo Health. “What we’ve tried to do is replicate a human relationship.”

They might also be calling a bluff on our understanding of tech as a young person’s game. After all, the products millennials so readily consume are also being mostly crafted by fellow millennials living in a Silicon Valley bubble known for its ageism. Are millennials intrinsically more tech-savvy, or is new tech just overwhelmingly designed by those who share their values? If older hands were at the wheel, would we see a tech world that was more representative of their interests?

Every time you talk to startups or investors, they all are shooting for that 18-to-35 demo for technology,” says Justin Baker, founder of Stream Soar, a company in its Series A funding stage that creates mobile volumetric videos for VR and holograms.

That’s a limiting perspective, especially since seniors often get much more value out of virtual reality than younger folks. For millennials, virtual reality may just mean another gaming device. For seniors, it potentially means freedom — the ability to “travel” to places no longer as accessible to them in real life. As other senses, such as touch and smell, become possible, those experiences will become disproportionately important to those whose physical senses are declining most.

“At first, I thought cutting edge tech and seniors are not usually seen as going hand in hand,” says Tom Neummann, the Chief Technology Officer for Rendever, a company that creates VR travel videos aimed at the aging community. “But it’s fundamentally the ability to be in another place. And for a physically constrained population it means so much more.”

Retirees also have more to spend on such pleasures. Baby Boomers report twice as much median income as millennials and more disposable income than any other generation, surpassing $548 billion annually, according to a 2019 Epsilon report.

There are real challenges regarding adoption. Many seniors are afraid to admit they need help with technology, says Dorsey, who hopes programs like the Alcove Playground can start breaking down those barriers. “Unfortunately, tech startups all have one focus. You’re trying to scale fast and break things and be a unicorn. Dealing with a demographic that isn’t up to the task of moving quickly on something is tough,” Baker says.

Musini admits that putting technology in front of seniors can sometimes be a risk, one that his investors were initially wary of. Yet his company has had success, particularly by making its robot capable of responding to voice commands — voice tends to be more accessible than text or touch-based platforms. It’s one example of how tech companies can adapt to the needs of seniors, and potentially profit … that is, if they themselves are willing to learn some new tricks, too. 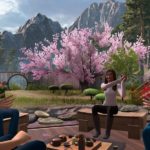 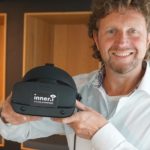