Nvidia said it’s launching early access to its Omniverse computer graphics and simulation platform that allows 3D creators to work collaboratively in real time on architecture, engineering, and construction projects. Omniverse was announced during Nvidia’s GTC 2020 keynote event, but CEO Jensen Huang had been teasing it for a while. It’s kind of like Google Docs for 3D artists, or, more expansively, like an artist’s version of the Metaverse.

The idea is to enable artists to work seamlessly in real time across software applications, either on-premises or remotely from around the world via the cloud, said Richard Kerris, head of developer relations for media and entertainment at Nvidia, in a blog post.

But seamless data transfers across applications have long been a challenge for millions of artists, designers, architects, engineers, and developers globally. Using Pixar’s Universal Scene Description (USD) and Nvidia RTX GPU technology, Omniverse allows people to easily work with applications and collaborate simultaneously with colleagues and customers, wherever they may be, Huang said.

For years, visual effects collaborations have been done through exporting and importing large data sets and scene files. In 2010, Lucasfilm and Sony Pictures Imageworks joined together to create Alembic, an open computer graphics interchange framework that helped multiple studios ensure consistency and accuracy when working on the same project.

Pixar developed USD to provide an interchange of assets and enable collaboration on 3D scenes that may be intricately composed of many elemental assets. With a single scene graph and consistent API, USD delivers a rich toolset for reading, writing, editing, and rapidly previewing 3D geometry and shading.

Omniverse benefits from the flexibility and consistency of the USD interchange format and builds upon it with synchronized workflows. Entire studio teams around the world can collaborate in real time as they create, with version control support needed to ensure production stays on track, Kerris said.

Epic Games has connected its Unreal Engine to work with Omniverse, as have a variety of other tool makers, like Pixar, Autodesk, and Trimble. Nvidia has also been working with companies like Lockheed Martin, Foster & Partners, and Volvo, which is testing Omniverse in its research and development workflows. Additional customers are putting Omniverse to the test in areas such as visual effects, AR/VR, manufacturing, architectural design, and robotics.

The Omniverse early access program is now available to customers who purchase the RTX Server configuration for AEC. They’ll be able to join the Omniverse AEC Experience program, which provides the full platform with Portal connections to Autodesk Revit, McNeel Rhino, and Trimble SketchUp. 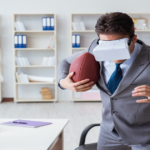 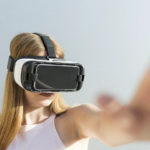