A free beta for businesses and remote employees is available now.

With many countries in lockdown and those staff that can now have to work from home, online meeting platforms such as Zoom or Google Hangouts have become even more important for companies worldwide. Current technology means that these can range from simple video conferences all the way up to interactive discussions using virtual or augmented reality (VR/AR) technology. HTC Vive has now added its hat into the ring with the beta launch of Vive Sync.

First revealed back in 2018, Vive Sync was initially created by 2 Bears Studio (Super Puzzle Galaxy, Arcade Saga) as an internal collaboration tool between its worldwide offices. Since that announcement, the platform has been in a closed beta, accessible by invitation only. That changes today as Vive Sync moves into an open beta phase for business and their employees to test out.

Compatible with all of HTC Vive’s headset range, from Vive Cosmos and the Vive Pro Eye to standalone headset Vive Focus Plus, Vive Sync also supports a viewing mode on Android and iOS mobile devices. The platform has a range of useful features to make VR meetings immersive and customisable, from avatars to importing useful files.

Supporting up to 30 attendees simultaneously, Vive Sync has a variety of meeting rooms depending on user preference. Teams can create their own avatars simply by taking a selfie which gives them a base to work from, adjusting further by selecting body types, hairstyle, skin tone, glasses and other accessories. There’s even full-body tracking for natural movement representation.

When it comes to working in Vive Sync the platform integrates with Microsoft OneDrive and OneDrive so users can securely access their files in VR, from PowerPoints to PDFs and videos. The same goes for 3D models. Thanks to support for FBX and OBJ files, as well as Unity Asset Bundles, importing and reviewing 3D assets is also possible.

Vive Sync is being designed so that’s it’s hardware-agnostic much like retail platform Viveport. While it’s just HTC Vive headsets which are supported, to begin with, PC VR devices like Oculus Rift as well as Oculus Quest are slated to receive support by the end of the year. 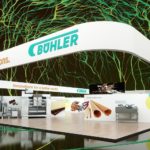 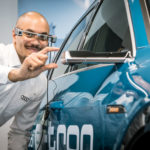