Available for pre-order today, the new Tundra Labs SteamVR Tracking General Purpose HDK (TL448K6D-GP-HDK) is the next step in a continued evolution of smaller, simpler, and cheaper SteamVR Tracking hardware.

“Many companies and developers have recognized that SteamVR Tracking is excellent tracking technology,” said Reid Wender of Triad Semiconductor, a collaborator on the HDK. “Unfortunately, integrating SteamVR Tracking into a working product is a non-trivial task that involves a multidisciplinary team to pull off a polished product. Customers need SteamVR Tracking expertise, electronics prototyping, tracked object mechanical/tracking design, and last but certainly not least, SteamVR-specific firmware development. Even large companies have experienced difficulty pulling all of this expertise together under one roof.”

SteamVR Tracking is Valve’s room-scale tracking system which makes use of ‘base stations’ that sweep lasers across the room. Objects tracked by the system need two primary things: embedded sensors which detect the laser sweeps, and components which can process the data and communicate with a host device which will make use of the information.

The Tundra Labs SteamVR Tracking HDK aims to streamline things across the board by providing a cheaper and easier starting point for companies that want to build products with SteamVR Tracking. The HDK includes a new module which condenses many of the necessary components into a tiny ‘system in package’ (SIP) measuring just 16mm × 10mm. The module contains the SteamVR Tracking firmware and handles all of the necessary data processing for the tracked object before it gets sent to the host device.

On the sensor side, the Tundra Labs HDK features 25 of the latest TS4112 sensors from Triad Semiconductor, another company which has worked closely with Valve on SteamVR Tracking. Triad says that its latest sensors are smaller, more power efficient, and offer improved tracking performance.

With shipping expected to start next month, the $130 Tundra Labs SteamVR Tracking HDK is significantly cheaper than a similar HDK previously offered by Triad for $350. Its core module is also much smaller, enabling new form-factors, like Logitech’s VR stylus.

Tundra Labs founder Luke Beno believes the cost and simplicity of the HDK opens the door for SteamVR Tracking development to go beyond large companies with expansive resources.

“The low cost reference designs also greatly lower the barrier of entry for startups, students, makers, and hobbyists to experiment with the SteamVR Tracking technology and share their ideas. Tundra Labs has created online communities at Hackaday.io and Hackster.io where innovative minds can experiment with new designs, share them and potentially connect these concepts and ideas with manufacturers.”

“The Tundra Labs [SIP] was created to make the design and manufacturing of SteamVR Tracked devices easier, lower cost and with significantly faster time to market,” Tundra Labs writes on its website. “For the first time these modules offer a fully scalable production solution to satisfy any volume. This scale spans from niche devices built in the 10s of units to mass market consumer devices with volumes of 100,000 or more.”

While the latest Tundra Labs SteamVR Tracking HDK is built for general purpose use-cases, the company also plans to release application-specific reference designs in the future.

“These could be used for body tracking or alternative controller form factors, ultimately the target use will be determined by customer interest and feedback,” said Beno. “The goal of all reference designs is to leverage the extensibility of [SteamVR Tracking] and the [SIP] to enable a diverse set of accessories into the ecosystem for both consumer and enterprise purposes.” 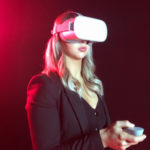 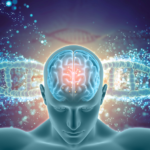