This week The Information published a report detailing some of Facebook’s future strategy for VR and AR, including an interview with VP of AR/VR Andrew Bosworth.

The report and interview cover a wide variety of topics, including Bosworth’s direction, the scale of Facebook’s investment, and the daunting task of developing AR glasses from scratch.

The report suggests Bosworth was the executive behind the decision to start acquiring game studios, including the developer of Beat Saber.

While it’s obvious that Facebook heavily invests in virtual reality with its Oculus brand, The Information reports that this investment is to the tune of billions per year. The report indicates Bosworth considered Facebook’s spending in VR/AR to be insufficient before accepting the offer to head the efforts.

While much of Oculus & Portal work is still done at Menlo Park, Facebook is apparently currently constructing an enormous new campus in Burlingame for 4,000 employees to work on hardware.

The report claims that Facebook’s AR glasses are currently scheduled to ship in 2023. This is within the previously reported range, but the first time a definitive year has been reported by a trusted publication.

If the company does ship in 2023, this would be the same year Apple reportedly plans to ship its own glasses. This could lead to a fierce competition. Apple will likely continue its long time strategy of premium hardware with large profit margins, whereas Facebook might follow its Oculus strategy of selling at (or even below) cost in order to grab the largest market share.

Rather than rely on modifying Android like it has for the Oculus Quest, Facebook is reportedly building a new operating system for AR. This effort is led by Mark Lucovsky, a former Microsoft engineer who co-developed Windows NT.

Facebook is planning to release a different glasses product sooner, but these will be camera glasses akin to Snapchat Spectacles rather than augmented reality. This will be done in a partnership with Luxottica, which owns Ray-Ban and Oakley.

The report also reveals Facebook is working on VR meeting software. Bosworth is said to use a prototype version of this software already to hold meetings in VR.

It is not clear whether this software will be released to the public, but if it is it would likely be as part of Facebook’s Oculus for Business program.

It’s also not clear whether this is part of or separate to Michael Abrash’s project to build both the next-generation hardware and software for VR remote work. 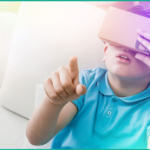 Guest Post | Is Virtual Reality (VR) a reality in the classroom? 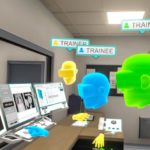