Art, education, and AR technology for children – if it can find funding

Unfortunately, because young children are not currently a target market for AR technology, these applications often have difficulty finding funding.

Carlson founded Lost Works Studio after careers in computing and architecture. The AR Coloring box combines these experiences and passions.

The coloring box consists of flat wooden components, which children can color and then assemble into a three-dimensional scene. An accompanying app then uses AR technology to bring the scene to life.

“These augmented reality coloring boxes engage a child’s imagination as they color and assemble the kit,” explained  Carlson. “When the app is launched, an added layer of storytelling is incorporated into the experience.”

Potential users can preview the app on Apple and Android devices, though the full product will only launch pending funding.

“Moving forward, the designer is very interested in developing the storytelling aspect of the augmented reality feature,” the studio shared with ARPost. “These will become short, 3 to 5-minute vignettes which display within the box, merging augmented and physical realities – a new type of storytelling.”

Early funders will receive the coloring box which, even without AR technology, is “un-augmented” artwork in their own right. The boxes are recommended for children 7 and up, but there’s no reason that artistic adults can’t enjoy them too.

As of this writing, the project has reached $135 of its $1000 funding goal. The campaign is registered as “all or nothing” – only to launch it reaches its funding goal – in the next 26 hours.

Funders pledging $15 or more will receive a coloring flat and colored pencils. The flat works with the AR app but is not as impressive as the complete box.

Donations of under $15 are also accepted.

The AR Coloring Box promises both education and entertainment. It’s also a good early case study of an effort to bring AR technology to children. 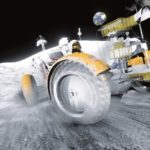 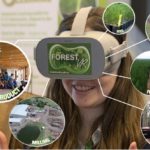