They were there to „go mountain biking,“ or „play basketball.“

Following VR sports teacher Hong Seong-woo’s short instructions on how to manage a ball, boys started to shoot the balls ― not toward a real net but to a virtual one projected on the big screen.

After a few practice shots, they began a shooting competition.

While the boys were playing basketball, the girls, in the other corner of the room less than 100 square meters in size, took turns on two stationary bikes. The screen in front of them showed the route and they moved the handles around as if they were actually cycling on a mountain.

Then, the boys and girls switched ― boys on the bikes and girls at the virtual shooting practice. By the end of the 50-minute session, a few boys left the room short of breath with beads of sweat on their necks.

Yonggang is among a growing number of elementary schools in the country that have adopted virtual reality-based sports education. The initiative that began in 2017 has now expanded to 250 schools across the country.

Hong said worsening air pollution was a big motivation for Yonggang to try out the VR-based physical education.

„With high fine dust levels, students do not get so much outdoor activities,“ he said. Korea’s fine dust levels are among the worst in the world, forcing more schools to cancel outdoor sports classes due to health concerns.

Between March and July this year, Yonggang was asked by the city educational authorities to cancel outdoor physical education classes for 22 times due to air pollution.

„We find this to be a good alternative. Students enjoy the classes, and we (teachers) find it useful as well,“ Hong said. Yonggang started the VR sports class in March this year.

The teacher said the VR sports education carries other advantages.

„It gives students an opportunity to try different games. In a normal school setting, it’s impossible to try golf, for example. But it’s possible with the VR room. And the games are designed to be played easily. With a simple learning of rules and positions, you can play it easily and enjoy it. That also helps boost students‘ confidence.“

Other than cycling and basketball, Yonggang’s VR room offers football, baseball, handball, tennis, golf and archery. The school is also equipped with tools such as plastic baseball bats and balls, as well as archery and golf equipment.

Adding a new sport is not difficult, Hong said, as new games are constantly being developed by the company he is working with.

People find the simulated experience versatile and it is particularly well received in the sports field.

Athletes in many fields of sports find VR useful in training. In August, the Los Angeles Times reported that the LA Dodgers players now use virtual reality to practice batting. Besides, the VR training tools are also used by American footballers, race car drivers, footballers and basketball players.

It is also used for people in need of physical therapy.

Regarding whether the VR sports room gets children to move enough, Hong said: „I believe students get enough physical activity. You saw some boys sweating, right?“

Virtual reality-based sports are still new and study results are few, but a few researchers who conducted a study on the elderly found VR-based exercise enhances muscle strength and balance. Also, VR proved to be as effective as physical therapy.

The sports ministry is encouraged by the positive response from schools.

„Then, we’ll see if we can expand the number of VR rooms even to middle and high schools.“ he said.

„In the long run, we’ll find ways for VR to help the public get more exercise and elite athletes like the national bobsleigh team get better training.“ 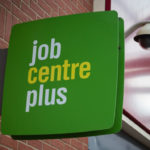 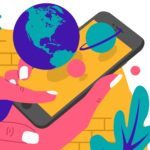 Motion Capture and More: How Apple Is Revolutionizing Augmented Reality