Apple’s CEO Tim Cook is all praise for augmented reality. When quizzed about his fascination for AR, during a company’s earnings call meeting, he answered, “I see apps that make me want to go to K-12 again and repeat my schooling because it changes the game in the classroom.”

Augmented reality is changing the game, not just in classrooms, but in the training industry as a whole.

Think about it. AR apps deliver real-time information fixated on physical objects that simplifies the process of information consumption. They are a perfect choice for digital transformation in the training space where information overload is a routine affair.

How exactly will Augmented Reality find its way into training sessions? Take, for instance, a high-school classroom where science topics are usually taught with static or printed images. With augmented reality, any student can point a screen at a physical object or even an AR marker to view graphically animated content.

So, all the static images of the human digestive system, the planetary system, or even an exploding volcano can now,  literally appear as if you are right by the action of the volcano — seen up close and experienced in vivid detail. The experience does not end with that. Augmented reality users can interact with the objects on the screen. They can tap on any data snippet to view information for further reading or exploration.

But, as I said earlier, training goes beyond the classroom. Even the corporate sector, where employees in manufacturing and industrial settings where training is critical, also stand to benefit from augmented reality.

Augmented reality is spreading its influence across many industries where training makes a difference between life and death.

Imagine the factory floor of a car manufacturer. Every employee on the floor is expected to bring together several parts of the car, weld them together flawlessly so that the vehicle takes physical shape. Now, what if one of them makes a difference?

A misplaced weld (a fusing or solder-type bond), the wrong screw in your system; even millimeters of a difference in the welding techniques can ruin the entire cast of a car.

Until augmented reality came around, auto manufacturers inevitable had to incur training expenses that resulted in wastage of physical resources. With AR, such errors are reduced to a bare minimum.

At the BMW Group Production Academy, BMW is training managers, production planners, process leaders, and quality specialists with the help of AR goggles. The goggles provide participants with visualizations of engine assembly with which they can interact. This immersive form of training reduces error instances. As a bonus, it also helps in gathering quick feedback from trainers which trainees can incorporate into their work.

If BMW is bringing AR to engine assembly, Honeywell has already launched a solution in collaboration with Microsoft. Titled ‘The Honeywell Connected Plant Skills Insight Immersive Competency,’ the program uses a combination of augmented reality and virtual reality to create a mixed reality experience for users.

Employees are given a Windows Mixed Reality with Microsoft’s HoloLens, which simulates several activities that are usually conducted in a plant environment.

This immersive training gives employees an on-hand learning experience which minimizes errors and maximizes productivity. Honeywell is hoping to maximize skill retention to 100% and reduce training time by 60% with this Augmented reality infusion.

Well, if you thought heavy-duty industries like manufacturing are the only ones that have enormous possibilities for augmented reality think again.

Mixed reality has found inroads into what can be called the most sensitive practices of all times – the healthcare system. In case you didn’t know, the future generation of doctors may be trained more with augmented reality visuals and tools than with real dissection of human bodies. And it seems legit.

In a way, such training practices will help scale medical training to a large number of students. Similarly, the detailing with which training is provided will also extend the quality of medical service to a whole new level.

If you think all these are baseless arguments, take the case of AccuVein. AccuVein is an Augmented Reality based medical imaging application that helps healthcare providers get a skin-deep view of their patient’s veins. Well, without any invasive procedures like surgery or scanning. AccuVein works by projecting a device over the user’s arms. The healthcare provider will be able to see the veins in full clarity through the screen.

Augmented reality does extensive job training of professionals in many diverse fields, such as these. It is only natural that AR will be used for educating the future generation as well. Schools and educational institutions around the world who are have introduced augmented reality within classrooms.

The Chandler Traditional Academy uses an augmented reality application to train students on how to work with the human heart. Fondly called the “zSpace” technology, the application is a hit amidst students who are baffled by its three-dimensional experience.

The experience allows them to use a stylus as a joystick to explore the content in detail. It goes without saying that such learning can be a great advantage to most fields requiring extensive training. These learning experiences are received at an early age. The material, training, and practice are repeated often enough so that it’s less likely to be forgotten.

Training is the learning of new skills. Until recently, learning was accomplished through textual content and visual elements like static images. Learning done in this manner has certain limitations, which made the learning experience restricted.

With the innovations and changing trends in augmented reality, this interactive technology brings users a refreshing way of consuming content that immerses users into the environment. It levels ups the learning experience, which ultimately results in higher skills acquisition. In fact, for the corporate sector, it will also benefit in retaining trained talent. 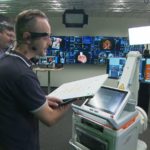 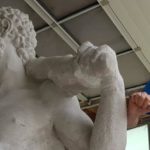