Novarad’s OpenSight system have been 510(k) cleared for use in pre-operative planning in the US.

There have already been a number of applications for immersive technology in the medical and healthcare sector, from teaching new doctors to helping people overcome addictions and phobias. Now The OpenSight augmented reality (AR) system has become the first medical AR solution for the Microsoft HoloLens to be cleared by the Food and Drug Administration (FDA) in the US.

The OpenSight AR system from Novarad has been given 510(k) clearance fr use in pre-operatove surgical planning. The system renders 2D and 3D images of patients interactively, while accurately overlaying them on to the patients body. “This is transformative technology that will unite preoperative imaging with augmented reality to improve the precision, speed and safety of medical procedures,” stated Dr. Wendell Gibby, Novarad CEO and co-creator of OpenSight. “This internal visualization can now be achieved without the surgeon ever making an incision, improving outcomes in a world of more precise medicine.”

While VR systems have been used in pre-operative planning before, the OpenSight system lets surgeons see the 3D patient images and the patient themselves at the same time, avoiding the possible disconnect that can happen when using VR systems.

The OpenSight system lets medical personnel get a better understand of the relevant anatomical relationships, or highlight certain specific areas to avoid or concentrate ob. Multiplate headsets can be used so those present can see the same thing, allowing for the training of less experienced personnel.

Novarad have also developed a teaching version of the software that lets medical students perform virtual dissections on medical cadavers.

The company has been working in medical imaging for many years, providing a customisable workflow and imaging solutions, which it hopes to continue into the new frontier of immersive technology. Further information can be found on the Novarad website. 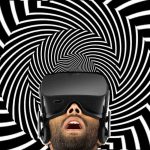 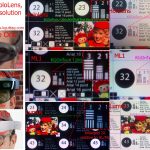