Aiming to become a hub for AR and VR development, the government of China’s Jiangxi province says it plans to raise funds totalling $460 million to be invested into AR and VR companies.

Last week the first ever World Conference on VR Industry event was hosted in Nanchang, the capital city of Jiangxi, China, which reportedly attracted 2,000 attendees. The event was sponsored by the province government’s Ministry of Industry and Information Technology. Hoping to attract VR and AR companies, talent, and general interest in the technology to Nanchang, the government announced during the event plans to raise $460 million across several funds for investing in VR and AR.

According to our friends at Yivian, a VR news publication based in China, the capital will be split between a $28.8 million VR/AR industry angel VC fund focused on incubation, a $144 million parent fund, and a $287.9 million industrial investment fund aimed at toward the AR/VR enterprise space.

Some strings are attached—as the funds are ultimately designed to make Nanchang a hub for AR/VR development and talent, the funds will likely require that any investment recipients have some portion of their business based in Nanchang.

Nanchang isn’t the first Chinese city to seek to establish itself as a hotbed for this technology. Earlier this year HTC and Shenzhen (in China’s Guangdong province) announced a $160 million joint fund focusing on VR investments. 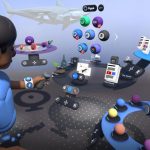 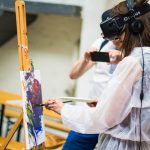