BBC’s coverage of the 2018 FIFA World Cup has taken advantage of the latest in augmented reality tools to help further its “Match of the Day” broadcast, adding another layer of storytelling.

“Match of the Day Live’s” Red Square studio features augmented reality (AR) graphics to help pundits and hosts tell the story of each match with stats, team news and a few surprises along the way.

The aim is to let the viewer feel that they are being taken directly from Red Square into the live stadium action with a 180-degree camera move.

Croatian tracking specialists, stYpe are providing tracking for six cameras in the studio while the UK’s Alston Elliott (AE) were challenged to design and are operate AR graphics to complement the broadcaster’s teams.

Vizrt’s Viz Engine is the workhorse behind all of the graphics rendering, including AR in the studio and virtual set extensions to hide the massive amounts of production systems in the Red Square studio.

“AE is delighted to be working with BBC Sport to assist with the delivery of its highly impactful World Cup studio in Moscow, said Stuart Coles, Chief Commercial Officer at Alston Elliott. “To be involved with such a high-profile event undoubtedly inspired our creative, R&D and broadcast engineering teams to really push the boundaries of what is possible and we are both proud and delighted with the results achieved.”

“BBC Sport, AE, stYpe and Vizrt have worked on many major events together, and in my view make a veritable AR dream team. We’re incredibly proud that four RedSpy systems are tracking every camera movement from the Red Square studio and truly excited to be covering the World Cup together, making it another successful collaboration,” said Stype Cajic, stYpe CEO.

“We’re very proud that BBC Sport and Alston Elliott continue to innovate with our technology, this year’s World Cup is the boldest yet for all involved, let’s hope England’s football team do us proud too” said Mark Pizzey, Vizrt’s Key Account Manager. 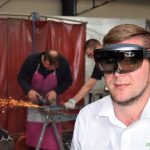 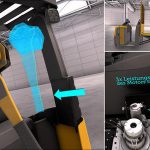 Arthur announces release of its of small...